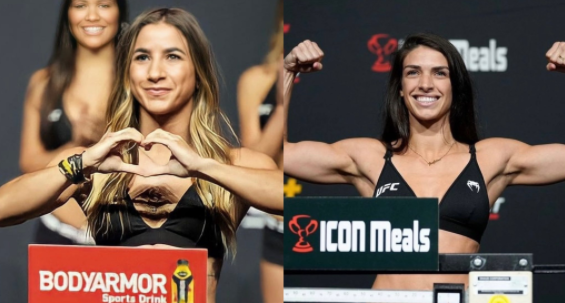 Jiu-jitsu specialist Mackenzie Dern will look to get back into the win column when she takes on fellow top-10 strawweight Tecia Torres at UFC 273. The event, which does not yet have a venue, is scheduled for Saturday, April 9.

Dern last competed in October 2021, losing a hard-fought, Fight of the Night decision to Marina Rodriguez. That defeat snapped a four-fight win streak that had shot Dern up the UFC’s strawweight rankings. She currently sits as the no. 5-ranked strawweight, and is likely no more than two wins away from a title shot.

Torres is one of the division’s most experienced fighters. She made her UFC debut in 2014 and is currently riding a three-fight win streak.

The daughter of accomplished jiu-jitsu competitor Wellington “Megaton” Dias, Dern is one of the most dangerous submission artists in the UFC, and might be the best overall grappler in the strawweight division. In jiu-jitsu, she is an IBJJF gi and no-gi world champion, and holds notable victories over the likes of Michelle Nicolini, Bia Mesquita, and Gabi Garcia.

Across Dern’s 13 professional MMA bouts, she sports a record of 11-2 with seven wins by submission.

How to watch: UFC 273 takes place on Saturday, April 9. The main card will air live on ESPN+ pay-per-view.