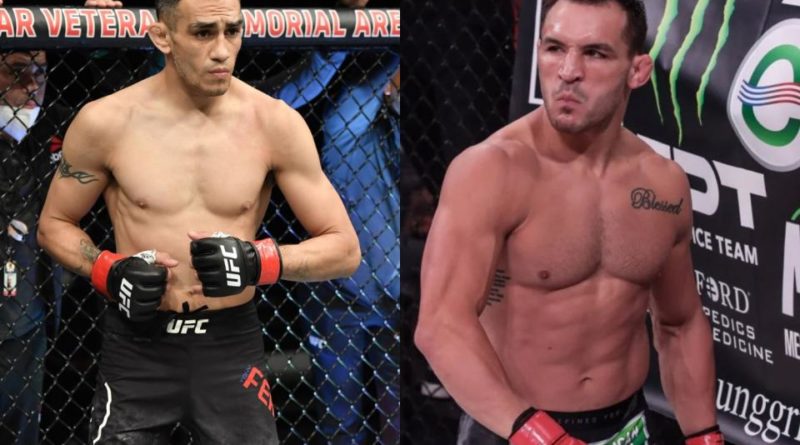 UFC announced Friday that a three-round lightweight bout between Michael Chandler and Tony Ferguson is being set for UFC 274 on May 7 and will take place at the Footprint Center in Phoenix, AZ.

It’s a great match-up for both fighters, both very technical with unorthodox styles, especially Ferguson. Ferguson is a BJJ black belt under Eddie Bravo with a solid boxing and muay thai base, incorporating wing chun and more. Chandler’s style is wrestling mixed with some sharp hooks (what finished Dan Hooker in his UFC debut) as well as some TKO power behind him, but will it be enough to finish Ferguson?

Chandler fights out of the highly reputable Sanford MMA, and dominated Bellator’s lightweight division between 2011-2019, where he became a three-time Bellator Lightweight Champion. Since arriving to the UFC in 2020, Chandler has challenged for the UFC Lightweight Championship and also knocked out top contender Dan Hooker in January 2021.

However, as it stands, both fighters could use a win, as Ferguson was on a 12-fight win streak, which was the longest ever in UFC’s 155-pound division and is coming into this fight off of a three-fight losing streak and the former three-time Bellator titleholder, Chandler, is currently riding a two-fight losing streak after bouts with current UFC titleist, Charles Oliveira, followed by his recent fight with the next title challenger, Justin Gaethje. Ferguson, on the other hand, has lost three straight dating back to his June 2019 victory against Donald ‘Cowboy’ Cerrone; two of those losses, like Chandler, also came against Oliveira and Gaethje before he lost to Beneil Dariush at UFC 262 in May 2021 via decision.

UFC 274 is set to be an action packed, up tempo event for the highly-competitive lightweight division and fans, with Charles Oliveira vs. Justin Gaethje headlining the event for the championship, and Donald Cerrone vs. Joe Lauzon facing off earlier in the card.