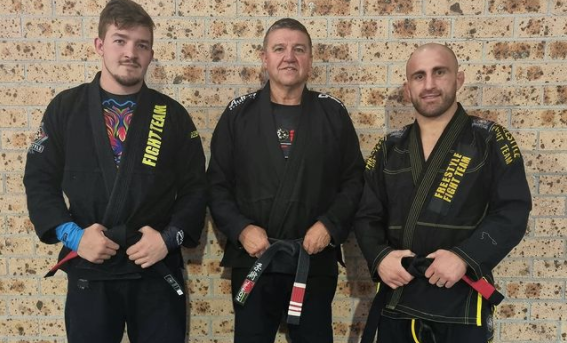 Current UFC featherweight champion Alexander Volkanovski has already proven to be a world class MMA grappler, dominating numerous opponents with his excellent takedowns, stifling top control, and excellent guard passing. Volkanovski now has the BJJ rank to match that skill, as he has been awarded his black belt in BJJ.

Undefeated in the UFC, Volkanovski captured the featherweight title in December 2019 when he defeated Max Holloway. Volkanovski then successfully defended that title in an immediate rematch with Holloway seven months later.

Although he possesses excellent grappling, just three of Volkanovski’s 23 career victories have come by way of submission. Some of that grappling skill was on display in Volkanovski’s last fight, a successful title defense against Brian Ortega in which Volkanovski survived a pair of seemingly deep choke attempts. Recently, Volkanovski has bolstered his grappling training by enlisting the help of ADCC silver medalist and elite competitor Craig Jones.

Congratulations to Volkanovski on the well-deserved promotion.