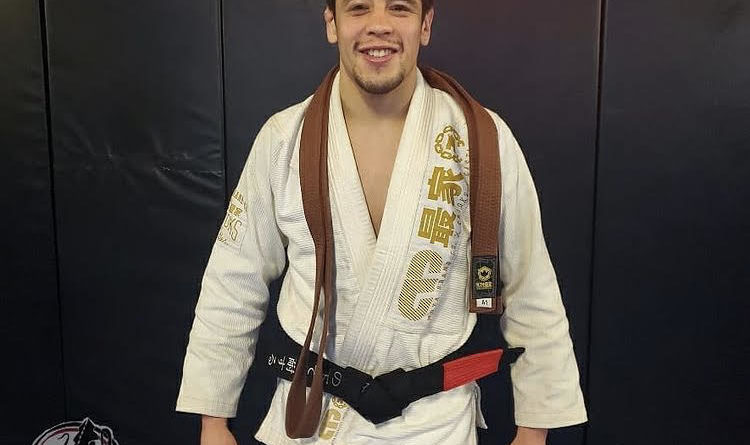 Former UFC flyweight title challenger Brandon “The Assassin Baby” Moreno has earned his black belt in Brazilian jiu-jitsu. He was awarded the rank by Raul Arvizu, a jiu-jitsu and MMA coach at Entram Gym in Tijuana, Mexico.

As Moreno says in the Instagram post below, he had been working toward his black belt for 15 years.

Moreno is a well-rounded MMA fighter but often does his best work on the mat. Across 18 professional MMA wins, he has finished 10 by submission. Moreno made his UFC debut in 2016 with a shocking upset win (by guillotine choke) over Louis Smolka.

In 2020, riding a five-fight unbeaten streak, Moreno earned a shot at the UFC flyweight title against Deiveson Figueiredo at UFC 256. Moreno and Figueiredo would fight to a draw in one of the year’s best and most thrilling fights. The performance earned Moreno heaps of well-deserved praise for his grit, toughness, and overall skill.

Congratulations to Moreno for receiving his well-deserved black belt.