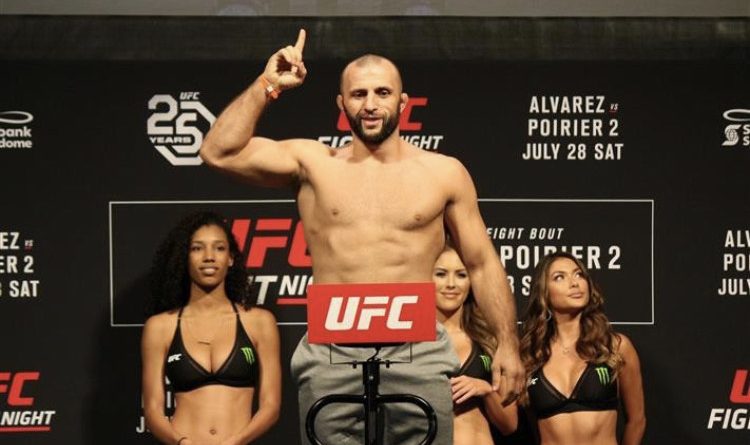 Russian light heavyweight MMA fighter Gadzhimurad Antigulov is facing charges for weapons found while he was detained for investigation into a December 2020 wedding brawl. RT reported the news of Antigulov’s newest legal troubles.

The incident that sparked the investigation was caught on video. At a wedding in Russia, Antigulov is seen instigating and participating in a scuffle that took place during a wedding. According to RT, the six-fight UFC veteran hospitalized a guest during the brawl.

Russian authorities found a pair of pistols at Antigulov’s home while he was detained. Antigulov denies that they are his weapons. He is now facing charges for the illegal acquisition, transfer, sale, or carrying of weapons.

Gadzhimurad Antigulov is a former Russian MMA champion and a six-fight UFC veteran. He burst onto the scene in 2016 and 2017 with back-to-back first-round finishes of Marcos Rogerio de Lima and Joachim Christensen, but struggled after that, losing four straight fights. He most recently competed in October 2020, losing by TKO to Maxim Grishin.