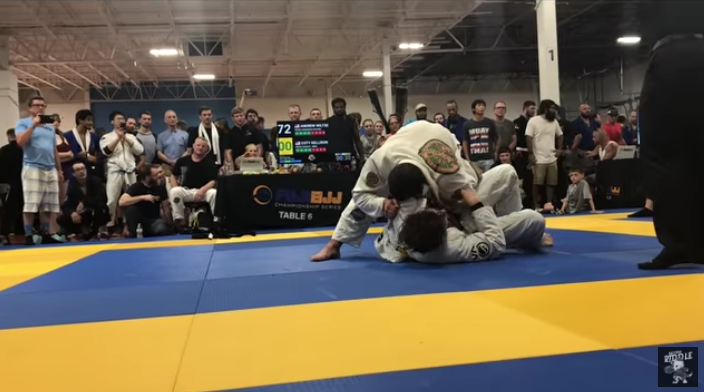 Another week, another video of Andrew Wiltse demolishing competition on the local circuit. As he prepares for his match against Gabriel Almeida at Who’s Number One on June 18, Wiltse has chosen to stay competition fresh by entering local tournaments. Recently, he ran through the competition — including one poor blue belt — at the BJJ Fanatics Nuway Combat tournament. This week, he stopped by the Fuji BJJ Missouri State Championships, where he tied the record for most-ever points scored at a Fuji competition.

Daisy Fresh’s top competitor, Andrew Wiltse is a black belt under Heath Pedigo. He was a 2020 no-gi Pans champion, and was a 2021 no-gi Pans silver medalist. Wiltse is undefeated in WNO competition this year with wins over PJ Barch and David Garmo.

Unlike the competition he faced at Fuji BJJ, Wiltse will have his hands full against Gabriel Almeida, an accomplished competitor and to Checkmat representative. View Grappling Insider’s preview of that WNO event here.