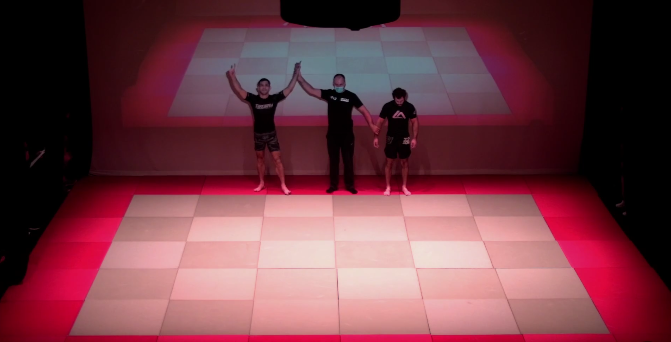 Ashley Williams’ 2021 just keeps getting better. Several weeks ago, he punched his ticket to the 2022 ADCC Championships by winning the European Trials. Last week at Polaris 18, he put on the gi and defeated multiple-time world champion Paulo Miyao. And over the weekend, Williams extended his winning streak as he submitted dangerous leg lock specialist Robert Degle in the main event of Grapple Kings 6.

Watch video of Williams’ submission on Degle below.

The finish above came just moments after Williams had found himself in a precarious spot. After a cagey opening few minutes in which Degle sat to guard and Williams carefully tried to pass, Degle was able to achieve a deep leg entanglement — side saddle, with control of both of Williams’ legs. Williams was patient, though, and escaped his legs before immediately and aggressively passing the guard, taking Degle’s back, and sinking in the choke.

A 2016 IBJJF European Open champion, Williams has long been considered one of Europe’s best competitors. In recent years, he has turned his attention almost entirely to no-gi competition, where he has captured three Polaris titles, as well as the aforementioned Trials win.