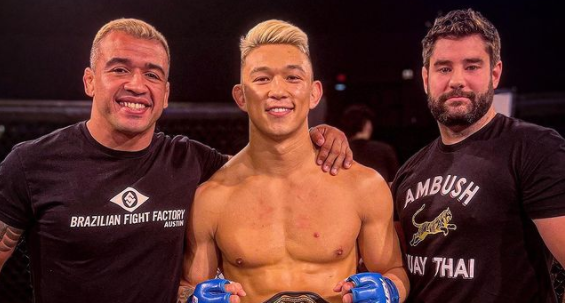 Grappling and jiu-jitsu fans are likely already familiar with Kody Steele. A black belt representing Brazilian Fight Factory in Austin, TX, Steele is a frequent no-gi competitor at the highest level, competing on shows like Who’s Number One, Third Coast Grappling, and Submission Underground. Recently, Steele has started an amateur MMA career, and on Sunday he improved his record to 2-0 with a spectacular 13-second knockout.

Watch video of Steele’s win below.

The fight took place on Sunday, November 21 at Fury FC 54. As we see in the video, although Steele may be a world class grappler, he is plenty comfortable on the feet and has the athleticism to be a real threat with his striking.

Steele made his MMA debut in August 2021, also winning by first-round stoppage.