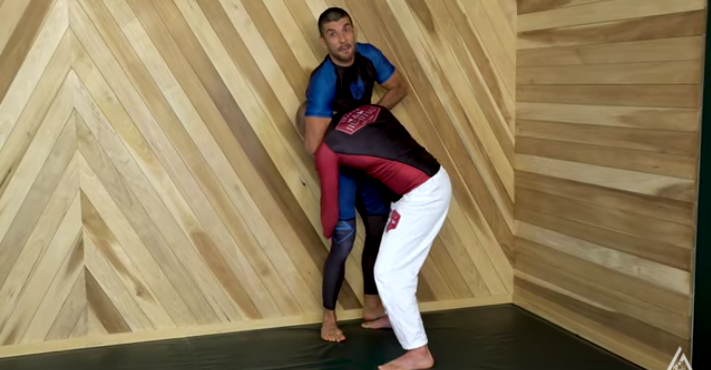 At UFC 264, Conor McGregor lost his rubber match with Dustin Poirier after suffering a gruesome leg break. But minutes before McGregor snapped his shin in half, he attacked a guillotine choke that proved to be a pivotal point in the fight. That guillotine — both McGregor’s attempt to apply it and Poirier’s defense of it — now gets the patented Gracie breakdown as Rener Gracie details the ins and outs of that grappling exchange.

In short, McGregor’s success on the guillotine hinged on his ability to stop Poirier from getting to the opposite side of the choke. Because they were against the fence, though, Poirier was not immediately able to move to the opposite side. Instead, Poirier improvised, briefly holding himself in a head stand to wait out McGregor’s squeeze and subsequently break his grip on the choke.

“[Poirier] jumped over and balanced on the wall because there was no space for him to descend to side control on the opposite side of the choke,” explained Gracie.

The key on a guillotine, says Gracie, is controlling the position on the way down. If McGregor had pulled closed guard with authority, he would have trapped Poirier’s hips completely and killed his most obvious path of escape.

Because McGregor pulled guard slowly and with one leg at a time, Poirier was able to keep his hips out of McGregor’s guard and escape the guillotine entirely.