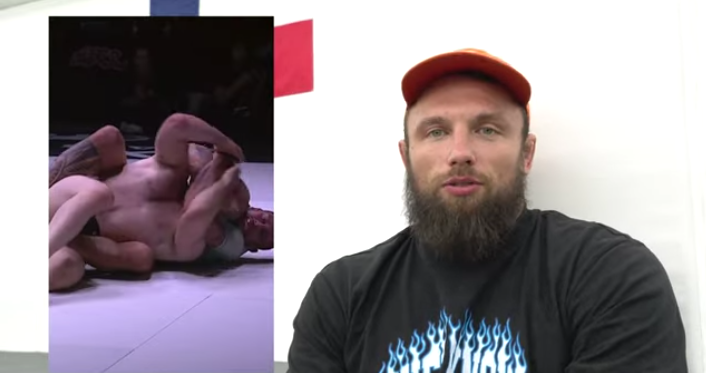 The dust is settling from the 2022 ADCC World Championships.

One of the top teams at that event was The B-Team. Led by Craig Jones, the Austin-based squad of professional grapplers had an impressive seven men competing across all male weight classes.

Now a little over a week after the blockbuster event, Jones detailed his team’s performance, breaking down how each individual athlete did at the 2022 ADCC World Championships. Watch that video below:

There are several key takeaways from this video.

First, Jones reveals that about one week prior to the event, Nicky Ryan badly injured his knee, needing a cortisone shot to compete. Ryan has since confirmed via Instagram story that he suffered a complete ACL tear.

Next, Jones offers some insight as to why he believes Izaak Michell lost a close decision to Vagner Rocha in one of the weekend’s best overall matches.

“If there was anything in that match that I think maybe pushed the referees to Vagner, was sort of the body language. I felt that Izaak’s body language displayed that he was a bit more tired. And one mistake that I think he made, just mainly because of the crowd, was he actually raised Vagner’s hand before the referee decision. I would say, as nice as that is, you really, in a tight match, you can’t do anything like that.”

Jones also dissects his own silver-medal performance. He admits that, in his semifinal match against Nicholas Meregali, he grappled with too much emotion, hoping to immediately defeat the gi world champion.

“My pacing was off. I was grappling with pure emotion. I was too aggressive, really fatigued myself.”

Jones would win the match, but felt he was the smaller athlete. That feeling continued in the final of the 99 kg. division, where Jones squared off with returning heavyweight champion Kaynan Duarte.

“I remember he hugged me before the match, I was like, ‘I made a mistake doing 99 kilos.’…

“I couldn’t move. Just couldnt’ do anything to the guy. Obviously he’s not just strong, it’s all technique as well. When technique is equal and one guy is literally that much stronger, it’s just so hard to get anything going.”