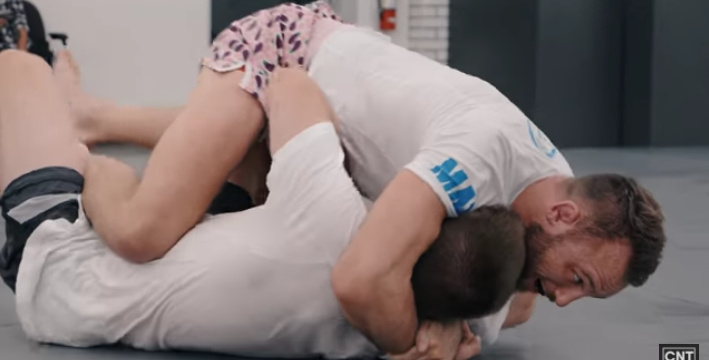 Watch video of Nolf rolling with Craig Jones below.

With all due respect to Nolf, what we see above is Jones playing with his food. And that makes sense: Nolf has seemingly no background in jiu-jitsu or submission wrestling, while Jones is one of the top pound-for-pound jiu-jitsu players in the world. Certainly the roles would be reversed if Jones attempted to wrestle with Nolf under wrestling rules.

Jason Nolf was a three-time Division 1 national champion wrestler that represented Penn State. He was also a four-time All-American and a two-time Big Ten champion. After college, in international freestyle competition, Nolf has earned a Pan American gold medal.

Craig Jones is one of the best jiu-jitsu players and submission artists in the world. He is undefeated in competition this year, with three Who’s Number One (WNO) wins over Ronaldo Junior, Luiz Panza, and Tye Ruotolo, respectively. Jones was expected to compete in the WNO Championships, but was forced to pull-out due to injury. He is currently scheduled to face ADCC champion Davi Ramos at Polaris 17 on October 9.