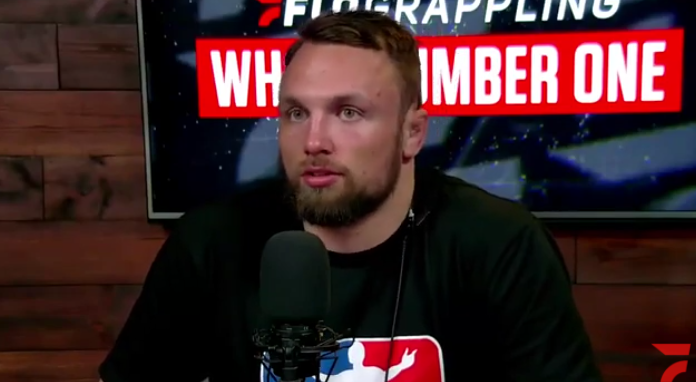 Fans might be seeing a new Craig Jones in 2022.

Ahead of his main event match Pedro Marinho for the Who’s Number One (WNO) 205-pound title, Jones boldly announced that he’ll no longer be sitting to guard in competition. This comes as a surprise because Jones — an ADCC silver medalist with an undefeated WNO record — has generally done his best work from his trademark z-guard.

On a recent episode of the WNO podcast, Jones was asked about his recent upset loss to current UFC welterweight Sean Brady at Fury Grappling 3. Jones explained that the loss was a result of a strategic error; by sitting to guard he allowed Brady to dictate the engagement.

He won’t make that error again.

Jones was then asked how he plans to compete against elite wrestlers while refusing to pull guard.

“My hope is that they get tired taking me down, and that’s when I strike,” he said.

“[Marinho is] super athletic, super explosive, so I’m hoping that his gas tank, because of those explosive movements, is worse than mine. But there are very few people with a worse gas tank than me,” Jones joked.

Consistent with his promise, Jones plans to wrestle on the feet against Marinho, who is himself a talented takedown artist.

“His highest rate of submission comes from the guillotine, so I’m obviously going to be cautious of his guillotine. But really, honestly, I just want to go out and put on an exciting match for this one. Win or lose, I want to not put on a boring match. They might not believe it, but I’m just gonna stand up and wrestle with Pedro…

“What we do at B-Team is we just try to approach training as if it were an ADCC rules final match. We try not to pull guard too much, we try to avoid being pinned, scoring positions, and stuff like that.”