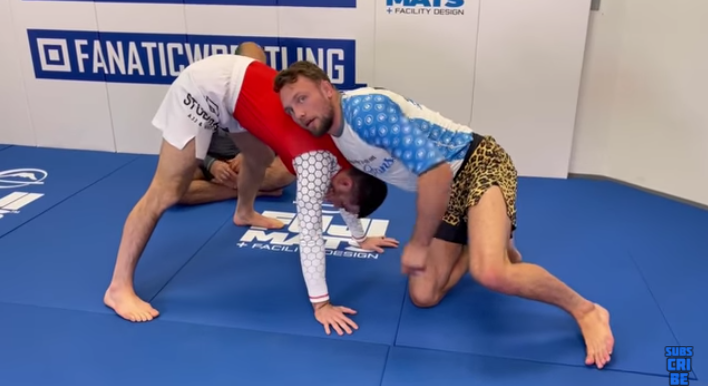 Craig Jones is one of the best no-gi jiu-jitus competitors on the planet, so it’s no surprise that he’s also one of the sport’s most sought-after instructors. In a recent video with Bernardo Faria, Jones demonstrates one of his favorite techniques to use against a strong wrestler — the anaconda choke. The video was released as a part of the roll-out of Jones’ new instructional dealing with attacking the front headlock and the back.

Craig Jones is a member of the famed Danaher Death Squad alongside top competitors like Gordon Ryan, Garry Tonon, and Nick Rodriquez. He most recently competed at Who’s Number One, submitting Ronaldo Junior via heel hook. He is scheduled to compete on the next Who’s Number One on April 30 when he will meet teenage jiu-jitsu phenom Tye Ruotolo.