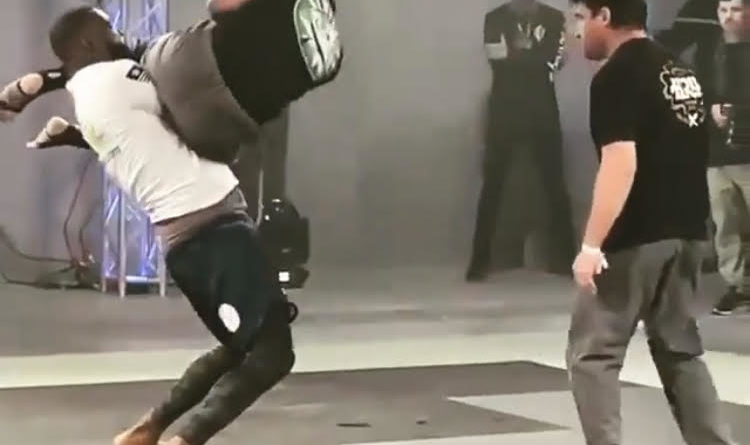 No matter how deep that armbar attempt might be, sometimes it’s better to just let go. Over the weekend at High Rollerz 4, one grappler learned this lesson the hard way.

As you can see in the video below, the bottom player had an armbar locked in, but the top player had his arm completely protected. Refusing to let go, the attacking grappler was lifted high in the air, spun around 180-degrees and dropped squarely on his head, resulting in a knockout.

This looks more like something from a WWE performance than a jiu-jitsu match.

As the High Rollerz official Instagram account explained, the technique was not ruled a slam because the attacking player chose not to relinquish the arm and landed on his head when he was shook free.