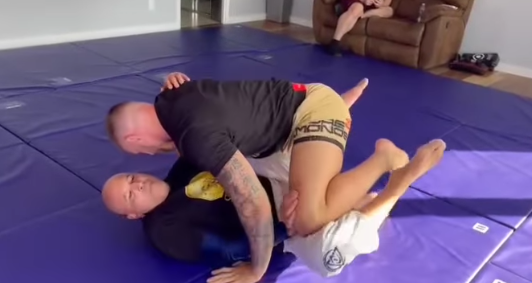 An all-time jiu-jitsu great and an all-time MMA great recently linked up for a friendly roll.

Multiple-time ADCC champion Gordon Ryan, considered by many to be the top pound-for-pound no-gi grappler in the world, posted a video on Instagram of him rolling with early UFC star and longtime ambassador for BJJ, Royce Gracie.

Watch video of that roll below:

“Such an honor to meet and train a little bit with @realroyce today. My 1st introduction to martial arts was watching a royce gracie tribute from the early UFCs. The 1st fight I saw was royce vs keith hackney and I was hooked. After watching the whole UFC 1 and 2 rerun I decided right then and there I would make my career martial arts. Its so awesome to be training with the man who inspired me 15 years ago from behind a TV screen. Thanks to @derekmoneyberg for making this happen.”

According to Ryan, it was Gracie’s unforgettable runs through the early UFC tournaments that hooked him on martial arts at an early age.

Royce Gracie played a key role in ushering Brazilian jiu-jitsu into North America, winning UFC 1, 2, and 4 on the strength of the then-unknown techniques of BJJ. Outside of his UFC bouts, Gracie fought several times in Japan, including an epic two-and-a-half hour battle with Kazushi Sakuraba in May of 2000. Gracie has not competed since defeating longtime rival Ken Shamrock in 2016 at Bellator 149.

Ryan is currently enjoying the best winning streak the sport of no-gi grappling has ever seen. Undefeated since 2018, he is an ADCC champion in four different weight divisions and most recently won the ADCC superfight title with a dominant victory over legendary competitor Andre Galvao. Ryan is also the current Who’s Number One heavyweight champion, a title he won by defeating IBJJF no-gi world champion Pedro Marinho.

At this time, Ryan’s return to competition is not yet scheduled, but a highly anticipated fourth match against Felipe Pena is targeted for early 2023.