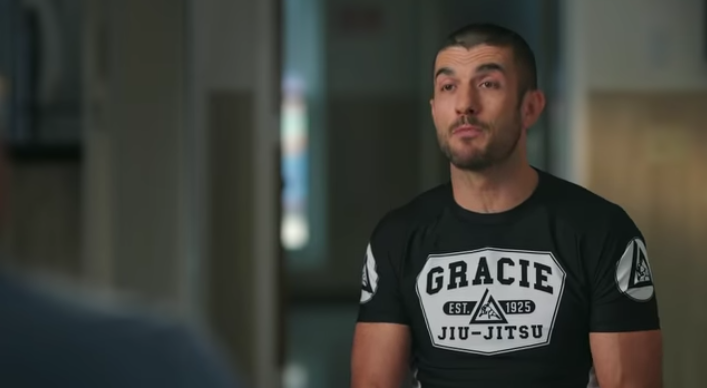 Police brutality and the misuse of police force has been a hot topic in this country over the past few years as seemingly countless videos have surfaced of police officers using excessive force or misusing their power to subdue suspects. Many jiu-jitsu practitioners have suggested mandatory police training in jiu-jitsu in order to better equip officers to use physical force in a safe way while on the job. Recently, HBO’s Real Sports with Bryant Gumble investigated the use of BJJ in police training as a method to reduce instances of police brutality or excessive force.

Speaking on behalf of the BJJ community was Rener Gracie, an outspoken advocate of BJJ training for police officers.

“We happen to have a solution that is so desperately needed by every police officer in America right now. This is what we do. This is what I was born around,” Gracie said.

Much of the segment looked into the Marietta, GA police department, where Major Jake King spearheaded the department’s new program which mandates all officers train in BJJ. As King points out, while officers rarely discharge their weapon in the line of duty, they receive hours of training in firearms each and every year. Those same officers regularly subdue or control suspects in the normal course of their job, but are rarely (if ever) trained in this skillset.

“The state here has zero requirement for yearly training. You never have to attend any training that involves putting hands on people,” said King.

According to King, the results of Marietta’s mandatory BJJ program has already produced real, quantifiable results. Those results indicate that training in BJJ can and has greatly reduced instances of injury and excessive force.

“I found that there was a 48 percent reduction in officers being injured,” King said. “So then I start researching more, and we reduced injuries to suspects by 53 percent… The data showed even further that if you scuffled, resisted arrest, you were 200 percent more likely to be injured by a non jiu-jitsu officer than someone who had been through the mandatory program or was a practitioner of jiu-jitsu.”

Critics of the program say that training in BJJ does not solve the underlying problem, which is officers that want to use force when it isn’t needed. Gracie, though, is steadfast in his belief that training in BJJ will actually reduce the overall use of force because as police officers become proficient in BJJ, they are more confident and therefore more controlled when dealing with individuals.