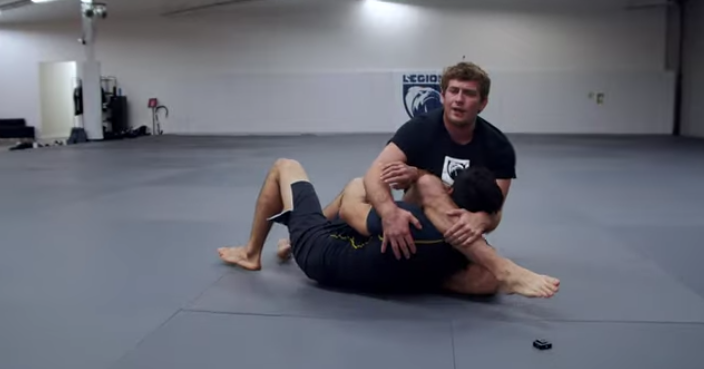 Advanced grapplers and jiu-jitsu players understand that the best way to secure a submission to to set a trap. By forcing your opponent into just a couple of options — both of which put him in a submission — you have essentially created a “checkmate” scenario. In a recent video, no-gi world champion Keenan Cornelius demonstrates a submission dilemma that traps his opponent between an arm triangle and a traditional (leg) triangle choke.

Watch that video below.

Starting from an arm triangle, Cornelius starts to move to knee-on-belly. If and when his opponent lowers his free arm to stop the advance to knee-on-belly, Cornelius then steps over into a mounted triangle choke. From there, the choke can be finished on top or from the back.

Cornelius is one of the most accomplished American grapplers of his generation. He was the 2014 IBJJF world no-gi champion and is a multiple-time Pans champion, and has competed at an elite level in both gi and no-gi. He is widely known for his creative contributions to modern jiu-jitsu, especially his use of lapel guards and their variations.