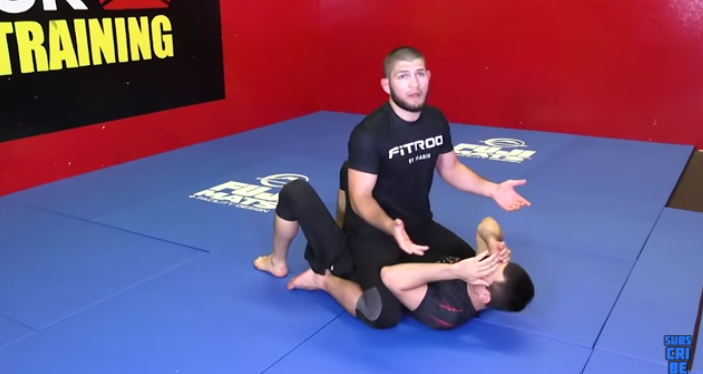 Former UFC lightweight champion Khabib Nurmagomedov was one of the most dominant forces MMA has ever seen. Nurmagomedov retired late last year after defeating Justin Gaethje at UFC 254, leaving the sport with a perfect 29-0 record, and he did it all with a wrestling and grappling-dominant approach. Recently, Nurmagomedov released an instruction on BJJ Fanatics covering his favorite top control and submission techniques. Check out a clip from that instructional below, in which Nurmagomedov demonstrates the mounted triangle he used to beat Gaethje.

In the video above, Nurmagomedov demonstrates a classic submission dilemma. Once he has his opponent’s arm isolated in a mounted triangle, his opponent must come on top to avoid the armbar. Once he does that, though, he is coming up into a triangle choke. It was exactly this submission dilemma that Nurmagomedov used to secure a triangle choke on Gaethje early in the second round of their fight.