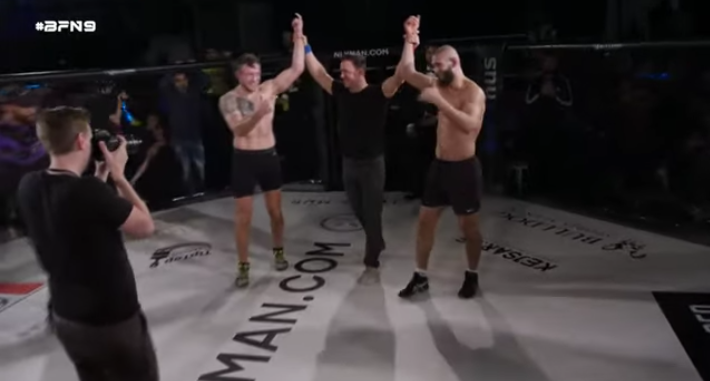 Undefeated UFC welterweight and middleweight fighter Khamzat Chimaev is one of the most hyped MMA prospects of the past few years. With a perfect 10-0 record, Chimaev has been nothing short of spectacularly dominant in his four UFC bouts. On Friday, at Bulldog Fight Night 9 in Gothenburg, Sweeden, Chimaev entered the cage again, but this time for a freestyle wrestling match against no. 6-ranked UFC middleweight contender Jack Hermansson.

Watch video of that match below.

Chimaev’s wrestling chops are on full display here, as he was able to takedown and control Hermansson largely at will. Hermansson is no pushover, either; he was a Swedish Greco-Roman national champion and has shown stellar grappling throughout his MMA career. Chimaev, though, seems to be a different beast entirely.

Chimaev most recently competed at UFC 267, when he quickly defeated veteran welterweight Li Jingliang. Chimaev used his fantastic wrestling and grappling in that fight, easily taking down Jingliang before submitting him.

Hermansson has been in the UFC since 2016 and has earned a 9-4 promotional record. He is 2-2 across his last four bouts, and in his most recent performance in May 2021, defeated Edmen Shahbazyan.