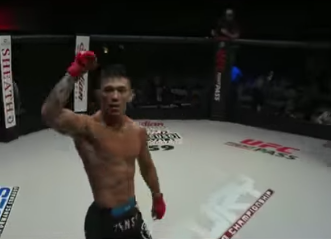 Black belt competitor Kody Steele has made his long awaited and successful MMA debut. Over the weekend at Fury FC 49 in San Antonio, TX, Steele won his first-ever MMA bout by TKO after dropping his opponent on the feet and following up with strikes on the ground.

This was an amateur fight, but is nonetheless an impressive debut for Steele, considering he finished the fight with strikes. Steele is a black belt in BJJ and can frequently be seen competing on the sport’s biggest stages, including Submission Underground, Who’s Number One, and Third Coast Grappling.

Steele last competed in grappling at Who’s Number One in June, earning a decision win in a fun match against current UFC fighter Philip Rowe. Prior to that, he defeated Edwin Najmi, also by decision, at Third Coast Grappling. Steele is based out of Austin, TX, and is a frequent training partner to fellow top grapplers William and Andrew Tackett at Brazilian Fight Factory.