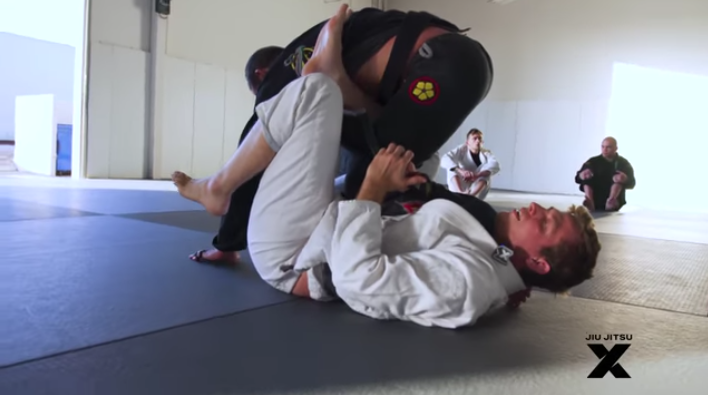 Veteran black belt competitor Keenan Cornelius is widely known for his complex and creative lapel guard variations. In a recent video, Cornelius details and troubleshoots a sweep from the “squid guard.” Check it out below, and start sweeping opponents with one of the trickiest and most difficult to defend positions in jiu-jitsu.

As usual, the difference between a sweep that works and one that doesn’t is in the details. After Cornelius wraps his opponent’s lapel around his own leg, he inverts entirely, establishing the squid guard position. From there, he brings his opponent’s knee to his stomach to being the sweep. His opponent will then predictably try to step over to mount, which facilitates the sweep as Cornelius uses a pant grip to gain top position.

A black belt under Andre Galvao, Cornelius is the owner and head instructor at Legion American Jiu-Jitsu in San Diego. He is one of the best overall competitors of his generation, winning major IBJJF tournaments in both the gi and no-gi. Although Cornelius has focused much of his efforts on teaching lately, he holds notable 2020 wins over Adam Wardzinski, Jackson Sousa, and Mahamed Aly.