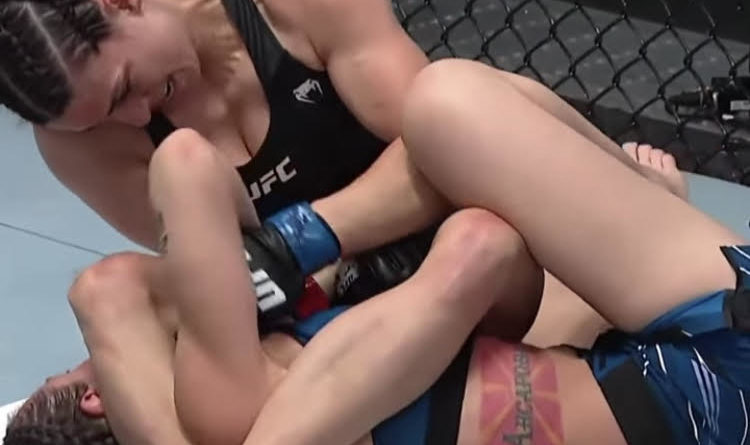 Mackenzie Dern extended her win streak to four fights when she submitted Nina Nunes in the first round at UFC Vegas 23. Nunes was Dern’s highest-ranked UFC opponent to-date, positioning Dern for a high-leverage fight in her next outing.

The submission came in the final seconds of the first round. It was a round that Dern had controlled much of after a takedown landed her in Nunes’ guard. From there, she passed to mount before transitioning to a classic armbar finish.

An IBJJF world champion, Mackenzie Dern is one of the best current jiu-jitsu specialists competing in MMA. She came into this bout ranked no. 11 in the UFC strawweight division; Nunes was ranked no. 5. With Dern’s strong showing here, she could easily be one win away from a title shot. The current champion, Zhang Weili, is scheduled to face former champion Rose Namajunas at UFC 261 on April 24.

UFC Vegas 23 took place on Saturday, April 10 and was headlined by a middleweight bout between Kevin Holland and Marvin Vettori.