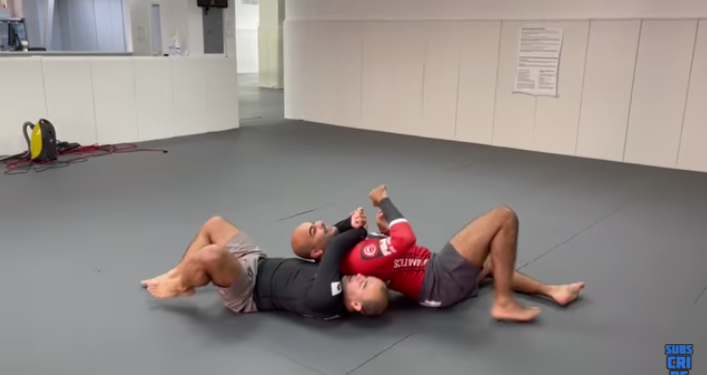 Marcelo Garcia is widely considered one of, if not the best jiu-jitsu players of all time. A four-time ADCC champion and the record-holder for most submissions in ADCC history, much of Garcia’s legendary success came by way of his trademark high-elbow guillotine. In a recent video with BJJ Fanatics owner Bernardo Faria, Garcia reveals the secrets of his guillotine.

In the video, Garcia discusses a number of key details. He attacks the guillotine with a specific grip, such that he doesn’t leave any handles for his opponent to break the grip. Additionally, Garcia explains the importance of “chasing” the guillotine, meaning that once he has a grip on the neck, he follows his opponent with that grip until he’s able to finish the choke. Finally, Garcia details his competition strategy and the use of the guillotine. As he explains, he often started matches going for the guillotine immediately, knowing that it takes little energy and risks little.

Garcia’s accomplishments as a grappler are too many to list here; he is one of the best pound-for-pound competitors of all time. Most notably, he is a multiple-time ADCC and IBJJF world champion. His x-guard, arm drags, and guillotines revolutionized the jiu-jitsu metagame, and countless modern grapplers still mimic Garcia’s approach.

Garcia has been a prolific instructor, as well. A number of his black belts are today among the best competitors in the world. Those black belts include Mansher Khera, Gianni Grippo, Dillon Danis (who is no longer associated with the team), Marcos Tinoco, and ADCC champion Matheus Diniz (the uke in the video above).