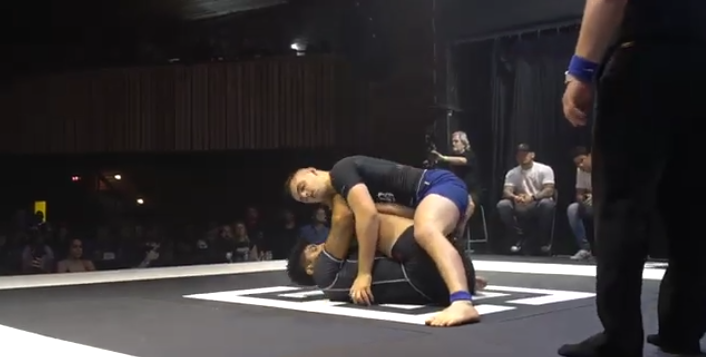 Two weeks ago, Third Coast Grappling held a star-studded eight-man absolute tournament with $20,000 in prize money on the line. One of those competitors, jiu-jitsu phenom William Tackett, has released mat-side video of his first-round match with Victor Hugo. Check out that video below.

As the video says, William Tackett was giving up a substantial amount of weight against the massive Victor Hugo. Although Tackett lost to Hugo, he acquitted himself well and continues to be a player at the highest levels of submission grappling. Hugo would go on to defeat Nick Rodriguez in the semifinals before falling to Kaynan Duarte in the Third Coast Grappling 6 finals.

Tackett is just 20-years old and only a few weeks removed from receiving his black belt. He hold recent notable wins over Manuel Ribamar, John Combs, Tex Johnson and Andrew Wiltse, to name a few.