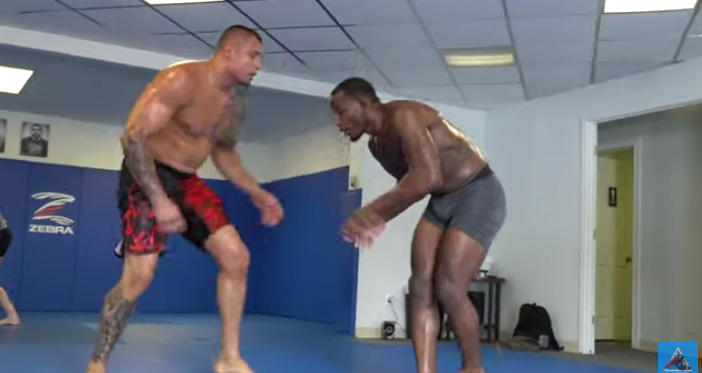 Nick Rodriguez has some of the best pure wrestling in all of jiu-jitsu; he is a takedown and top control specialist that has found success at the highest levels of the sport. But how does his wrestling stack up against a truly elite wrestler? Recently, Rodriguez got some wrestling rounds in with three-time NCAA national champion and Olympic bronze medalist J’den Cox. Watch the video below to see how it went.

Even though Cox and Rodriguez aren’t wrestling at 100% effort here, it’s clear that Rodriguez has the skills and athleticism to at least hang with a world class wrestler like Cox. We also see notes of Rodriguez’s experience in jiu-jitsu, as he’s comfortable falling to his back to push Cox off with his feet, and he seems exceptionally comfortable in extended scrambles on the mat.

J’den Cox was a three-time national champion for the University of Missouri. After college, he found success on the international circuit, winning a pair of world championships and a bronze medal at the 2016 Olympics.

Nick Rodriguez burst onto the scene in 2019 when he won the ADCC West Coast Trials as a blue belt. With just a single year of Division III collegiate wrestling experience and under the careful tutelage of John Danaher, Rodriguez was able to earn a silver medal at the 2019 ADCC championship, an incredible feat given his lack of experience in submission grappling. Rodriguez last competed at the Third Coast Grappling absolute grand prix, where he defeated Pedro Marinho before losing to Victor Hugo in the tournament semifinals.