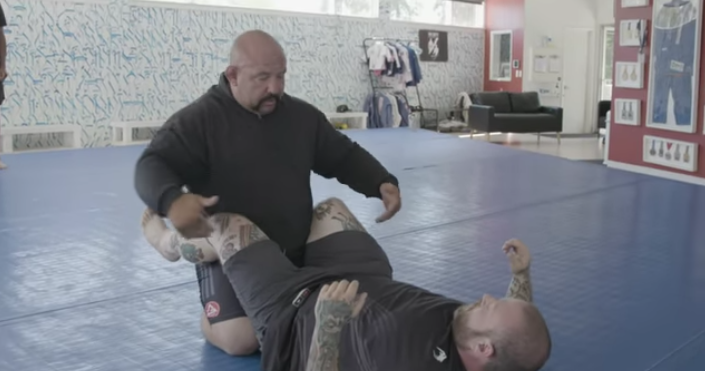 Recently, rapper and TV host Action Bronson posted a short video of himself training in Brazilian jiu-jitsu. On Wednesday, Action Bronson released the latest episode of his show “F*ck That’s Delicious” in which he learns from and trains jiu-jitsu with accomplished grappling competitor Orlando Sanchez. The episode was posted on Action Bronson’s YouTube channel.

Still in the midst of an incredible physical transformation that has seen him lose well over 100 pounds, Action Bronson learns some basic techniques from Sanchez, including a guard pass. At the end of the episode, we see the rapper drilling the guard pass on Monster Energy front man, Hans Molenkamp.

Earlier this year, Sanchez found himself unexpectedly in the spotlight when video surfaced of Sanchez involved in a gym scuffle with UFC middleweight contender Sean Strickland.