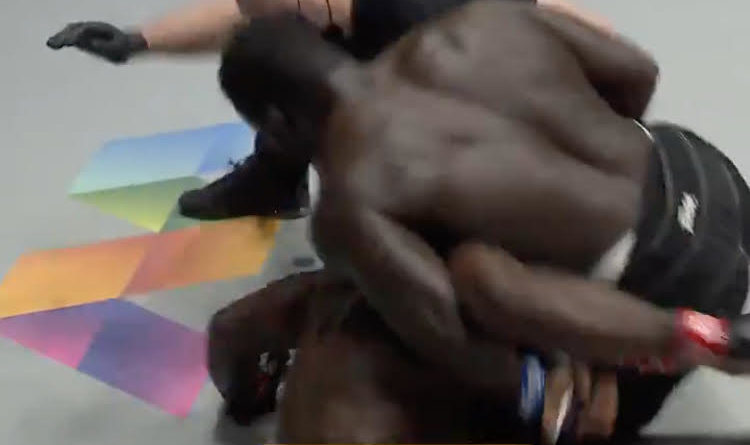 With his background in Senegalese wrestling — a sport that is similar in many ways to MMA — “Reug Reug” has legitimate combat sports skills to complement his impressive physique. At 6’4″ and weighing in at the heavyweight limit of 265 pounds, he is a scary specimen and an exciting prospect.

After quickly taking the fight to the mat, the Sengalese star unleashed a series of strikes on Ngalani, prompting the stoppage.

Kane announced his arrival to MMA with a spectacular debut win at ARES FC 1 in December 2019. He used his wrestling and prodigious athletic talents to slam his way out of submissions en route to a second-round TKO of the much more experienced Sofiane Boukichou.

“Reug Reug” was initially linked to a potential April 2021 fight with Brazilian jiu-jitsu standout Marcus “Buchecha” Almeida. That fight would have been Buchecha’s long-awaited MMA debut.