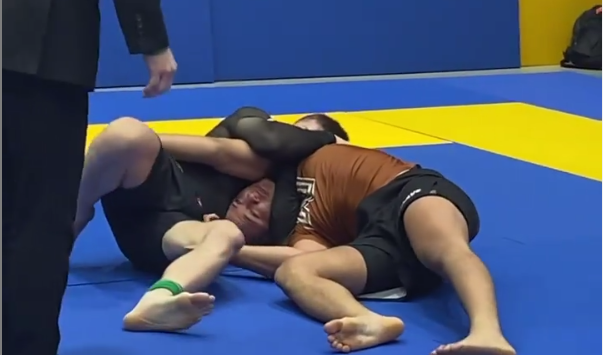 Jacob Couch (AKA “The Hillbilly Hammer”) is having a great few weeks. After accepting the opportunity to compete in the Who’s Number One (WNO) Championships, the Pedigo Submission Fighting brown belt shocked the jiu-jitsu world with his submission win in the first round over Roberto Jimenez. He would follow that up with another upset — a hard-earned decision win over William Tackett to win third place.

On his way to the finals, Couch defeated Marcelo Bruzzo of Fight Sports and J. Breylor Grout of Legion AJJ.

A leg locking specialist (but obviously with skills in all areas), Couch is one of the top representatives from Pedigo Submission Fighting (AKA Daisy Fresh). With the WNO wins over top black belt competitors Jimenez and Tackett, and now with his brown belt world championship, Couch has announced himself as an elite no-gi competitor, regardless of belt rank.