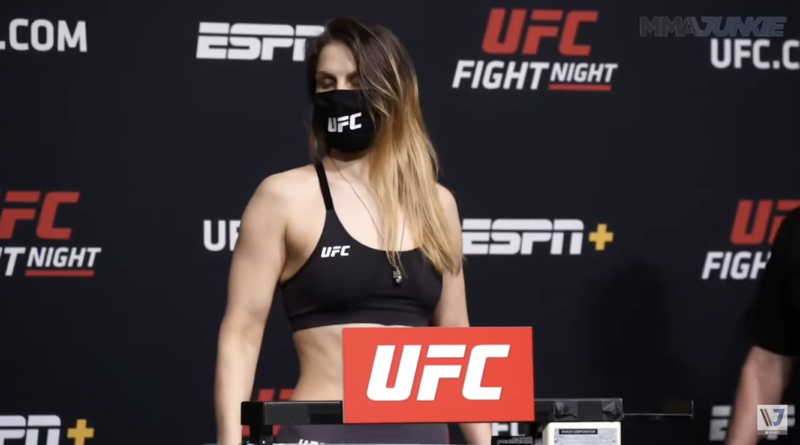 Extreme weight cutting is undeniably one of the most dangerous aspects of MMA. At the weigh-ins for UFC Vegas 22, UFC bantamweight Julija Stoliarenko collapsed on the scale two times in a scary scene.

Watch the entire incident in the video below, from MMA Junkie.

One Stoliarenko’s first attempt, she briefly stood on the scale before stumbling back and collapsing to the ground. Officials quickly attended to Stoliarenko, but just moments later, the fighter took the scale again. And although Stoliarenko did hit the bantamweight mark at 135.5 pounds, she once again collapsed to the ground, seemingly unable to support her own weight.

A one-fight UFC veteran, Stoliarenko was scheduled to face Julia Avila at UFC Vegas 22. Given Stoliarenko’s obvious struggle with the weight cut and potential health complications, it’s no surprise that her bout with Avila was quickly canceled.

If there is a silver lining here, it’s that more attention will be paid to the dangers of rapid extreme weight cutting. The practice is widespread in many combat sports, but seems to be taken to the most dangerous extremes in professional MMA.