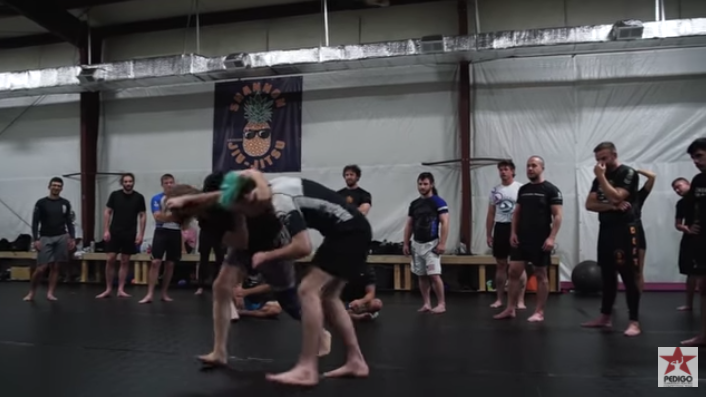 The Pedigo Submission Fighting team (AKA Daisy Fresh) certainly made its mark at the 2021 IBJJF no-gi Pans, winning the team title for the first time. Led by top competitors like Andrew Wiltse and Jacob Couch, the Daisy Fresh crew has become a fan favorite, widely known for their gritty, intense training sessions. Daisy Fresh recently released a video detailing the team’s three-day camp at Shannon American Jiu-Jitsu in Linden, VA.

The video is an interesting insight into how a top competition team prepares for major tournaments like the no-gi Pans. The squad is training twice a day, with a specific technique focus in each session. And perhaps most importantly, they roll a lot and they roll hard. Simply put, if you want to be a world champion like Andrew Wiltse, you have to train like Andrew Wiltse.

Wiltse is a black belt under Heath Pedigo. He was a no-gi world champion at every colored belt and was the 2020 no-gi Pans champion. He has had a relatively active competition year so far, earning a no-gi Pans silver medal in addition to Who’s Number One wins over PJ Barch and David Garmo.

Another stand-out competitor representing Daisy Fresh is brown belt Jacob Couch. He was awarded his brown belt earlier this year after winning the 2020 no-gi Pans at purple belt. Couch also competed at Who’s Number One this year, losing a hard-fought decision to Elder Cruz.