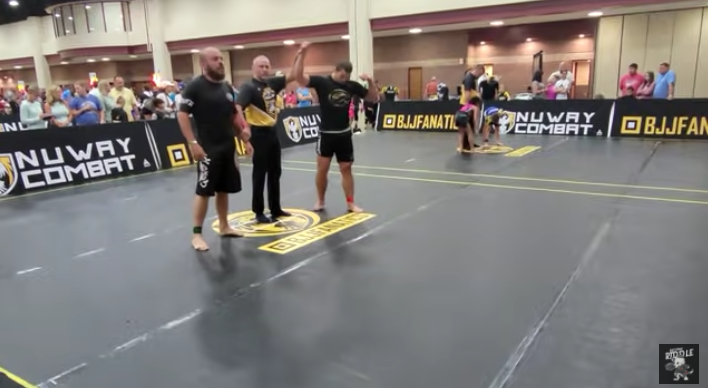 Facing hobbyist grapplers and even one brave blue belt, Wiltse did what he does best: buzzsaw through the guard, take the back, and get the tap. Check out the video below to see Wiltse dominate the competition in both gi and no-gi.

The torchbearer for the popular Daisy Fresh crew, Andrew Wiltse is typically used to facing world class competition. He was a no-gi world champion as a brown belt and is already a no-gi Pans champion as a black belt. He is undefeated in Who’s Number One submission-only competition, with wins over PJ Barch and David Garmo.