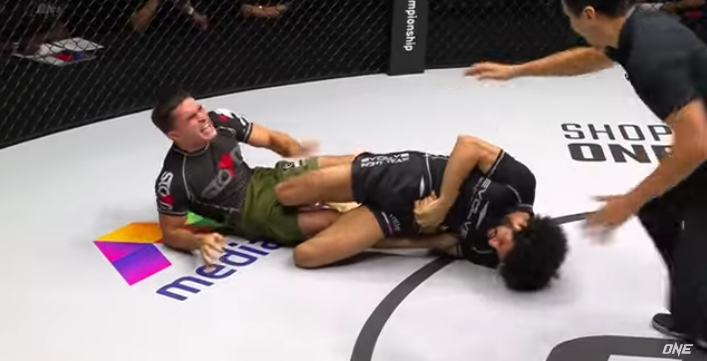 On Thursday, on the preliminary card of ONE 161 at Singapore Indoor Stadium, black belt competitor Rodrigo Marello secured a 15-second foot lock, setting the record for the fastest submission in the history of ONE Championship’s submission grappling division.

“This submission I have been doing since blue belt, like 8 years sharpening this same position and it saved my life many times and today it wasn’t different. I’m so happy, man,” Marello said after his victory.

This is a foot lock that I do from De La Riva guard and I’m so confident when I get it,” he added. “Once I get it tight, I was sure my jiu-jitsu was going to work.”

Watch the entire match below (the video is queue’d up to Marello’s match).

After the win, Marello was awarded a $50,000 performance bonus.

“You know, I come from a social project in Brazil,” an emotional Marello said. “Three years ago I had no money to sign up myself in the tournament. I had to ask for help.”