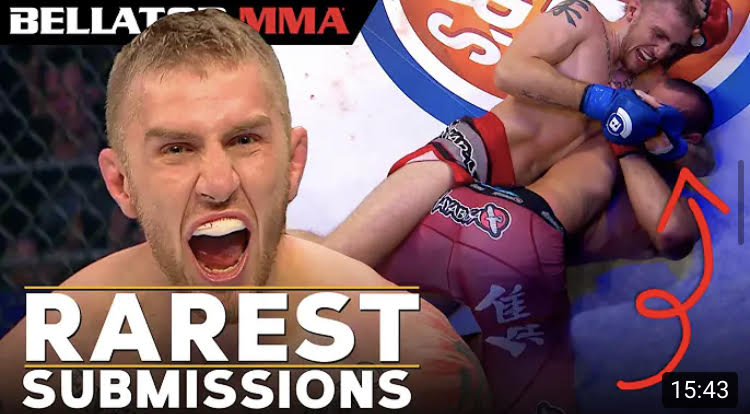 Fans of jiu-jitsu love to see submissions of any kind in MMA. But while rear-naked chokes and basic armbars are great, what really gets grappling enthusiasts going is the rare submission — twisters, neck cranks, heel hooks, and everything in between. Bellator MMA has released a video showing the rarest submission finishes that have happened under the promotion’s banner.

A couple of the submissions seen in the video above were widely considered the best submissions of that year. For example, in 2020, the undefeated AJ McKee, Jr. used a unique neck crank (now called the “McKee-otine”) to submit former Bellator bantamweight champion Darrion Caldwell. And back in 2009, Toby Imada submitted current UFC superstar Jorge Masvidal with an inverted triangle choke. That choke is still considered one of the best submissions in MMA history.

Elsewhere in the video, we see a twister finish, a scarf hold, a couple of heel hooks, a Von Flue choke, a Suloev stretch, and a standing arm triangle choke. Sit back and enjoy a full 15 minutes of non-stop rare submission finishes.

Ben Coate has 783 posts and counting. See all posts by Ben Coate