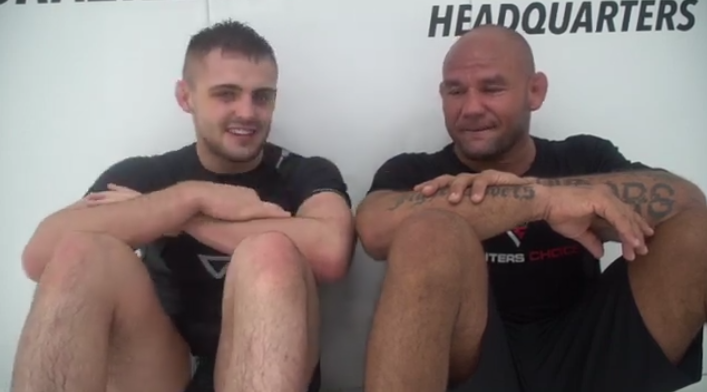 Now just days removed from receiving his black belt, 19-year old jiu-jitsu phenom William Tackett is already one of the top competitors in the world. On the other end of the spectrum, 40-year old Roberto “Cyborg” Abreu is one of the most accomplished competitors ever (and is still active at an elite level). In a recent video released by Tackett, the two grapplers — one the future and one a legend — have a hard rolling session in the gym.

It’s not unlikely that Tackett and Abreu cross paths at some point as opponent, so their roll is an interesting look into their dynamics. For the most part, we see Tackett playing guard and attacking the legs, while Abreu looks to pass the guard. Both have moments of success. Importantly, though, this was just a practice session and both men knew the cameras were one; a real match would likely be much different.

Still just a teenager, Tackett burst onto the seen in 2020 with wins over Tex Johnson, Andrew Wiltse, and Felipe Andrew. In his last outing, he submitted brown belt no-gi world champion Pedro Marinho. Tackett is set to compete next in the Third Coast Grappling Absolute Grand Prix on April 3.

“Cyborg” Abreu is one of the longest tenured-active competitors in the sport. His first of many major accomplishments came in 2005 with a European Open championship. Most notably, Abreu is a 2013 ADCC absolute champion and has been incredibly successful late in his career; he holds recent wins over Kaynan Duarte, Lucas Barbosa, and Tim Spriggs.