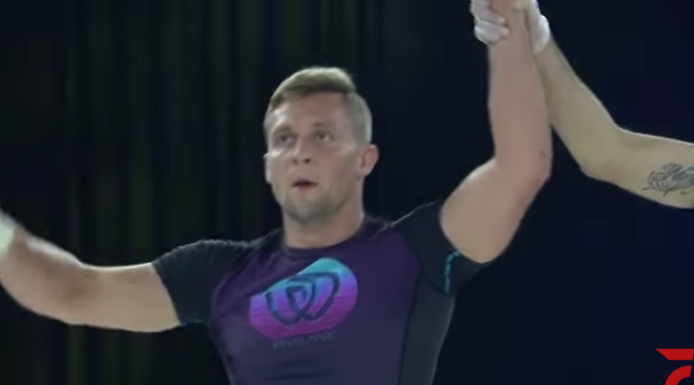 On April 10, 10th Planet black belt PJ Barch quietly put on one of the most impressive performances of the year when he secured four submissions in a row to win the inaugural Emerald City Invitational. The tournament championship earned Barch $5,000.

FloGrappling has released a free highlight video showing each of Barch’s submission wins.

Barch’s first-round submission, a rear-naked choke, came against Andrew Solano. In the second round, he submitted Werther Marciales with a brutal armbar that Marciales defended to the bitter end. Barch’s most impressive victory came in the third round when he submitted ADCC veteran John Combs with an inside heel hook. And in the finals, Barch tapped Alan Sanchez with a classic top-side kimura.

PJ Barch has been one of 10th Planet’s most active and accomplished competitors over the past few years. In addition to his wins at the Emerald City Invitational, he holds notable wins over Marcin Held, William Tackett, and Vitor Shaolin.