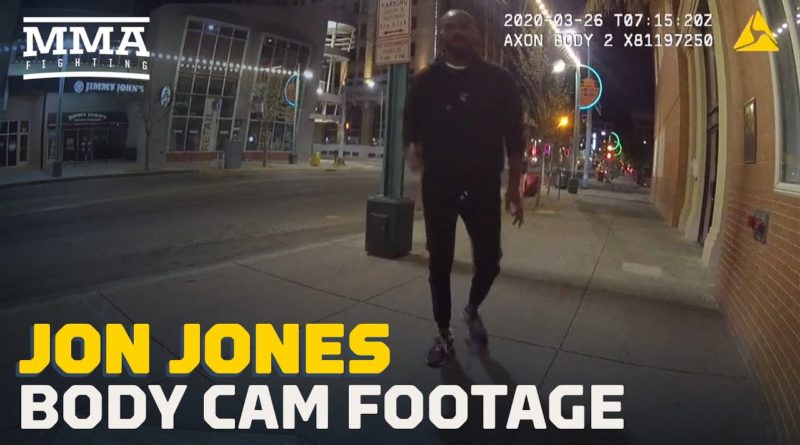 Footage has now been released of Jon Jones’ latest brush with the law as he was arrested for yet another DWI charge. The above footage was obtained by MMA Fighting and shows the entirety of the Jon Jones’ interaction with the police, from the perspective of the arresting officer. The original story was reported on by KOAT action news and according to them, police responded to sounds of gunfire reported on 3rd Street and Central Avenue just after 1 a.m. Jones was then found in his car with the engine running, although he claimed to have no knowledge of the gunshots.

The officers immediately saw signs of intoxication and as a result, they questioned Jones about whether he had been driving or would intend to and they also got Jones to agree to a sobriety test. He confirmed that not only was he driving earlier in the evening, but that he also intended to drive later. Jon Jones also failed the sobriety test and this, coupled with his own admission, is what led to the DWI charge. When officers then searched his car, they also found a firearm and an open bottle of Mezcal, this led to two other charges of “negligent use of a firearm” and “possession of an open container”.

Jones has had a number of issues both in and out of the cage all throughout his career. While his competitive record has been flawless, he’s served two bans for failed drug tests and had a number of other suspicious results that have been excused, including testing positive for Cocaine prior to his first fight with Daniel Cormier. Alongside this, he had his first DWI around eight years ago, followed by his infamous hit-and-run incident only a few years later. His years out of the limelight under suspension proved to be something of a saving grace for Jones as he was finally out of legal trouble, only for him to be arrested for Battery in an incident at a Strip Club last year. While the jury is still out on this one, he was also publicly accused of not paying one trainer, Frank Lester, to the tune of around $13,000 later in the year.

ESPN released the following statement confirming that they are aware of the incident and are gathering more information before making a decision.

UFC issued a statement on Jon Jones’ arrest (via @bokamotoespn)