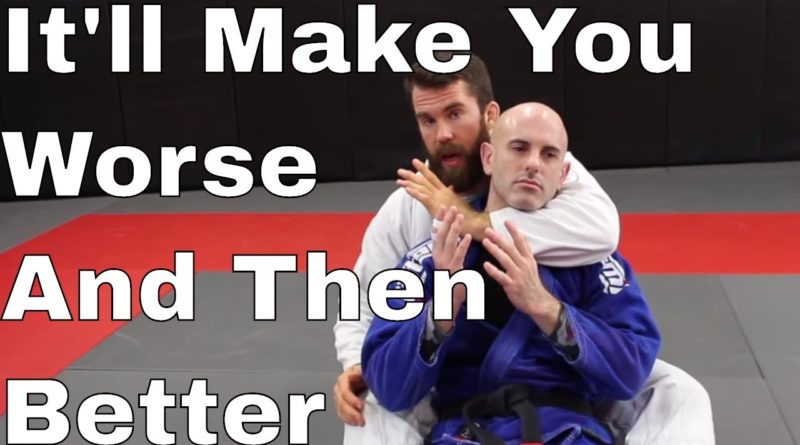 One of the best providers of free BJJ content out there, Chewjitsu, has just uploaded a video of himself detailing a powerful strategy that has changed his game dramatically. The basic principle of the above video is how beneficial it is to force yourself to use your weaker side when rolling with a training partner, especially one that you’re a little bit better than. He points out that the vast majority of people are right-handed and as a result, the majority of BJJ athletes will pass to the left and then most guard players get used to defending passes from their right side.

By taking advantage of this common trait and training your weaker side more, Chewjitsu points out that you will actually be able to have more success by being able to attack from the side that your opponent should have trained against least often. One thing he does explain that could account for why so few BJJ practitioners below the elite level actually do this, is that you will immediately feel worse. It makes sense that trying to attack from your weak side is going to inherently be worse to begin with.

The second benefit of this training method is a great one, as being able to work from either side will make you a more effective grappler. Certain positions allow you to switch from one side to the other like passing guard or Butterfly guard and if you’re able to do so fluidly, it makes things infinitely harder for your opponent. Even in positions where you can’t easily switch sides, like Half guard, it’s still a huge benefit because you never know what side your opponent will pass to. Most people will pass to the left but some will go to the right, especially if they’ve been developing their weaker side too, and it makes sense for you to be able to work from Half guard no matter which leg you have.