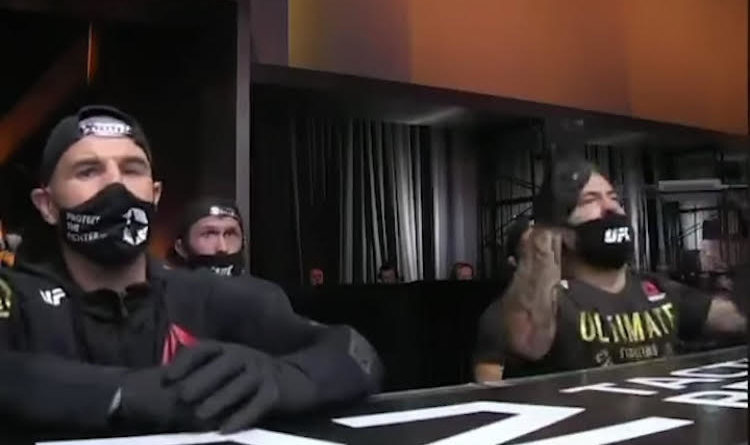 Petr Yan and Aljamain Sterling‘s bantamweight title fight at UFC 259 was shaping up to be quite the scrap. That was, of course, until Yan landed a blatantly illegal knee in the fourth round, forcing him to lose his bantamweight title by disqualification. Immediately following the fight, the UFC broadcast — by way of a Khabib Nurmagomedov translation — reported that one of Yan’s cornermen had instructed him to throw the illegal strike that led to the disqualification.

The UFC’s broadcast partner ESPN has released footage of Yan’s corner at UFC 259.

The video, unfortunately, doesn’t give any clear answers. What is clear, however, is that there was confusion coming from Yan’s corner. With different languages coming from the same corner, and with every cornerman wearing masks, Yan could have easily misheard or misunderstood an instruction.

Aljamain Sterling is now the first fighter to win a UFC title by disqualification. Coming into his showdown with Yan at UFC 259, he had won five consecutive bouts, including an impressive first-round submission of top contender Cory Sandhagen in June 2020.

Given the unique circumstances of the way the fight ended, and the fact that Yan was up one two scorecards at the time of the stoppage, a Yan vs. Sterling rematch seems all-but-certain.