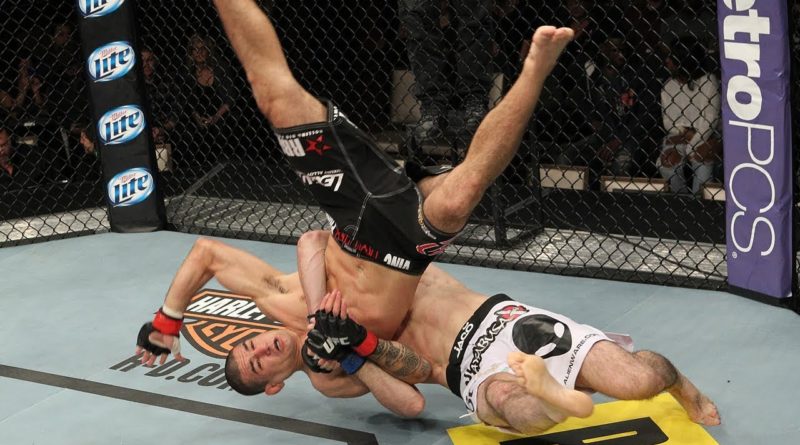 The slam knockout is one of, if not the most gruesome way to finish an MMA fight and after nearly 27 years of putting on incredible fights, the UFC now has plenty of examples. It’s a common mistake made by BJJ competitors to assume that slamming your opponent either requires no skill, or is easily negated. In fact, not only does it require solid posture and a strong base, but being able to effectively generate enough to power to slam your opponent into unconsciousness is something that a lot of fighters never actually manage to pull off.

As the video above shows, some of the UFC fighters who’ve managed to pull off a slam knockout finish have clearly practiced the technique dozens of times until they’re able to pull it off. The video starts with one such example from recent memory, when Rose Namajunas attempted to secure a Kimura against Jessica Andrade before Andrade slips her head outside and spikes Namajunas onto her head to secure the victory.

The video also includes the infamous clip of Matt Hughes lifting Carlos Newton fully upright and balancing him against the cage before returning him to earth with every ounce of strength he had to get the knockout. Interestingly, the earliest example comes courtesy of the legendary Frank Shamrock winning via slam against Igor Zinoviev at UFC 16. The Shamrock brothers were a staple of the early days of the UFC and as such, they also feature in these compilations of every Kneebar finish in UFC history, and every Heelhook finish in UFC history.

For those of you who want to learn how to avoid getting slammed from the most common position, Closed Guard or the Triangle Choke, click here to let Stephan Kesting show you.