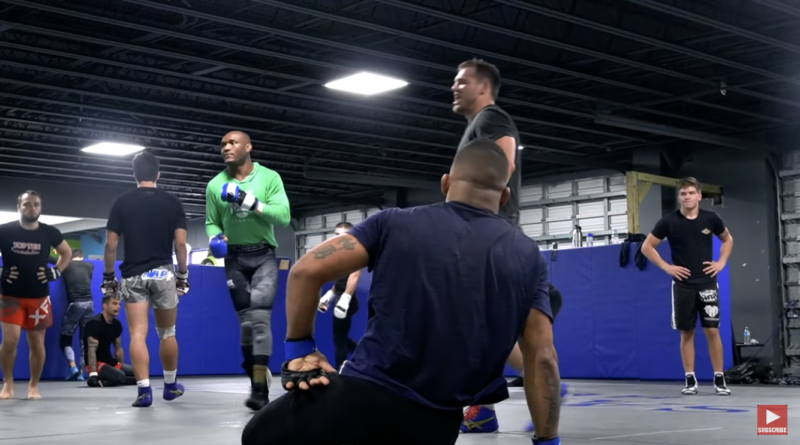 Gilbert Burns and Kamaru Usman are more than just a little familiar with each other; they used to be regular training partners. Just a few days before their showdown in the main event of UFC 258, Burns has released footage of what he says is his final training session with Usman.

Burns and Usman had previously trained together extensively under the coaching of Henri Hooft and what is now Sanford MMA in south Florida. But when Burns was first scheduled to face Usman in the summer of 2020, Usman relocated his training to Colorado at Team Elevation, while Burns stayed in Florida. That fight fell through as Burns tested positive for COVID-19. Usman battered Burns’ late replacement, Jorge Masvidal, to retain his UFC welterweight title.

Now, as the pair prepare for their fight at UFC 258 with Usman’s title on the line, fans and media alike are wondering how a typical training session went for Burns and Usman. The video below gives us a taste.

Unfortunately, the 13-minute video of a typical MMA wrestling practice doesn’t show any hard sparring between the champion Usman and the challenger Burns. Instead, Burns spends much of the video working with Bellator MMA welterweight contender Logan Storley.

The match-up between Burns and Usman is an interesting one for grappling fans. Usman is arguably the most dominant wrestler in MMA today, while Burns brings with him elite Brazilian jiu-jitsu credentials, including multiple IBJJF world championships.

UFC 258 takes place on Saturday, February 13 and will air on ESPN+ pay-per-view.

Ben Coate has 867 posts and counting. See all posts by Ben Coate