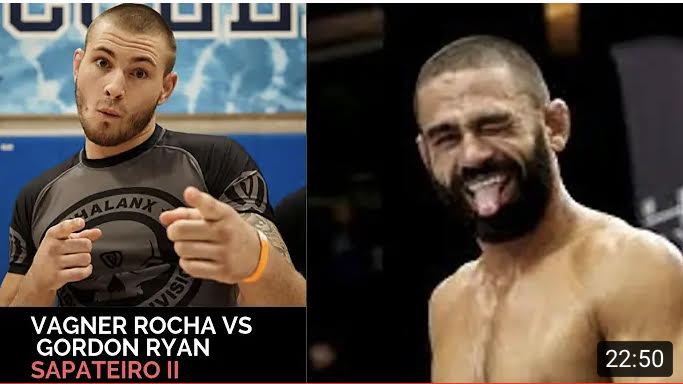 We are now one week away from Who’s Number One (WNO), headlined by a thirty-minute submission-only match between Vagner Rocha and current no-gi pound-for-pound king Gordon Ryan. It’s an intriguing match-up between one of the sport’s most physical and tough grapplers in Rocha against arguably the sport’s most precise technician in Ryan. It won’t, however, be the first time the two have competed against each other.

The pair first met in a 20-minute submission only match at the Sapateiro Invitational 2 in 2016. Check out that match in the video below.

The match shows a much smaller and younger Gordon Ryan still developing his dangerous open guard and leg attack game that he has become known for. Time and again, we see Ryan able to get under Rocha and on his legs, but for the most part, Rocha is able to stay out of trouble while continuing to threaten pressure passes. At some points, Ryan appears close on submission attacks, and at other points, Rocha is able to pass guard and control from dominant positions. In general, we see two evenly-matched grapplers with different styles. With no submission, the match ends in a draw.

A year after this match, the two would meet at the Eddie Bravo Invitational 11, with Ryan submitting Rocha by rear-naked choke.

How have they changed since their first match? Ryan has undoubtedly become a more well-rounded grappler, particularly from the top position. He is no longer just a leg lock specialist, but rather a control specialist. As for Rocha, he has only further developed his world-class back-taking game, as well as his finishing ability from the back.

How will the third match between Rocha and Ryan play out? WNO takes place on March 28 and will air exclusively on Flo Grappling.