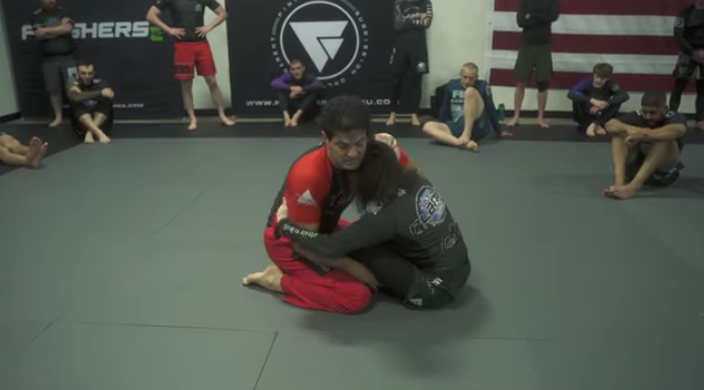 Grace Gundrum and Jean Jacques Machado are two jiu-jitsu black belts on separate ends of the spectrum. On one end, Gundrum is just 19-years old and holds the honor of the youngest-ever American female black belt. On the other end is Machado, a black belt competitor since the 1990s and widely considered one of the most important figures in the sport. Recently, on Gundrum’s birthday, the pair had a 10-minute roll at a Machado seminar. Watch video of that roll below.

What we see above is the power of jiu-jitsu technique. Time and time again we see the much smaller Gundrum rely on her mobility and technique to avoid dangerous positions, escape submissions, and even mount several attacks on Machado. Ultimately, Machado secures a twister submission on Gundrum — a trademark of her 10th Planet style.

Jean Jacques Machado was a 1999 ADCC champion. He holds notable wins over a number of legendary figures in jiu-jitsu, including Marcelo Alonso, Wallid Ismael, Ricardo Almeida, and Marcio “Pe de Pano” Cruz. Machado is also a highly-regarded coach, with Eddie Bravo perhaps his most well-known student.

Grace Gundrum is a 10th Planet black belt and one of jiu-jitsu’s top female no-gi competitors. She is the Fight to Win strawweight champion and most recently competed at Who’s Number One, earning a submission victory over Alex Nguyen.