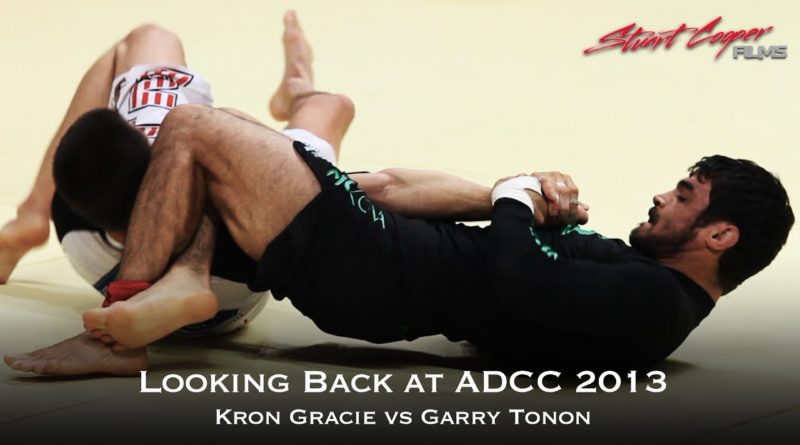 Kron Gracie v Garry Tonon was one of the best matches of ADCC 2013 and thankfully, renowned BJJ black belt and filmmaker Stuart Cooper has put together the above video. The fight would eventually go in favor of Kron, who sunk in the fight-ending Rear Naked Choke that let him progress on to the tournament’s semi-finals. His run did not end there though, as Kron ran through the entire -77kg bracket and earned a gold medal with four submission finishes in a row. Tonon on the other hand, would go home empty-handed from ADCC 2013 after losing to Kron in his weight class and to Roberto “Cyborg” Abreu in the Absolute division.

ADCC 2013 would actually prove to be the final time we saw Kron Gracie compete in submission grappling, while Garry Tonon continues to compete at the highest level to this day. Kron instead chose to move over to MMA and made his professional debut a little over a year later. He then went 5-0 over the next five years, including a slick submission win over Alex Caceres in the first round of his UFC debut. His first step into the next tier of competition resulted in a loss for Kron though, as he fell short and lost a Decision to one of the UFC’s longest-serving gatekeepers, Cub Swanson.

Tonon on the other hand, has had much more success. In his grappling career he went on to win five different editions of the Eddie Bravo Invitational, the IBJJF Pan-ams and several superfights. Then in 2018 he followed suit and made the move over to MMA, quickly amassing a 5-0 record for ONE FC and most recently calling for a title shot against reigning Featherweight Champion Martin Nguyen. While he worked on his MMA skills, he still kept active on the BJJ scene and eventually captured an ADCC medal in 2019, albeit Bronze.