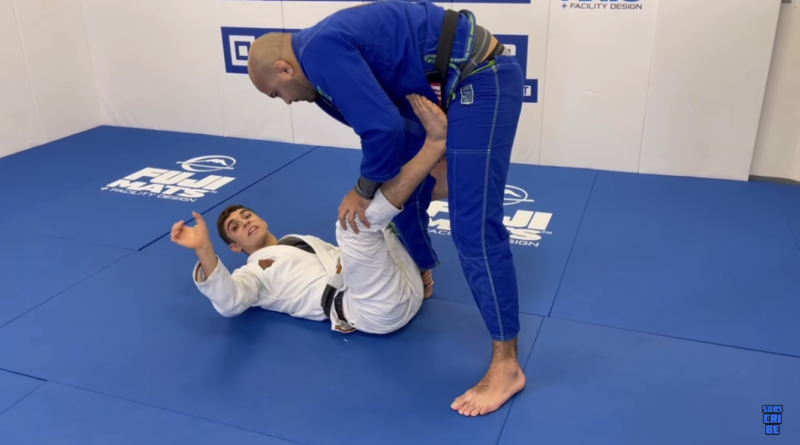 Mikey Musumeci is one of the most technical and innovative grapplers on the planet. A guard and back-taking specialist, Musumeci is widely known for his footlocks, De La Riva guard, reverse De La Riva guard, and, in particular, his berimbolos. In a new video with BJJ Fanatics front man Bernardo Faria, Musumeci demonstrates the most simple and easy-to-learn version of his trademark berimbolo.

The technique is one that Musumeci says anyone can do.

Many grapplers struggle to perform the typical berimbolo because it requires an inversion. Grapplers with neck problems or limited flexibility and mobility may believe that the move is simply not possible for them to perform. But with Musumeci’s berimbolo above, even grapplers that are unable to invert can perform the back-take. The key, as Musumeci explains, is to force the top player to commit his weight to his hands, thereby making his legs light and the berimbolo possible, all without putting undue pressure on the bottom man’s neck.

The clip was released to promote Musumeci’s four-part, 32-volume instructional covering all aspects of the berimbolo. All of his instructional videos can be found at BJJ Fanatics.

Musumeci is often considered the best pound-for-pound gi grappler on the planet, and almost certainly the best current American gi player. Still just 24-years old, he is an incredibly accomplished competitor. He is a three-time IBJJF world champion in the gi, a European and Pans IBJJF champion, and an IBJJF world no-gi champion.