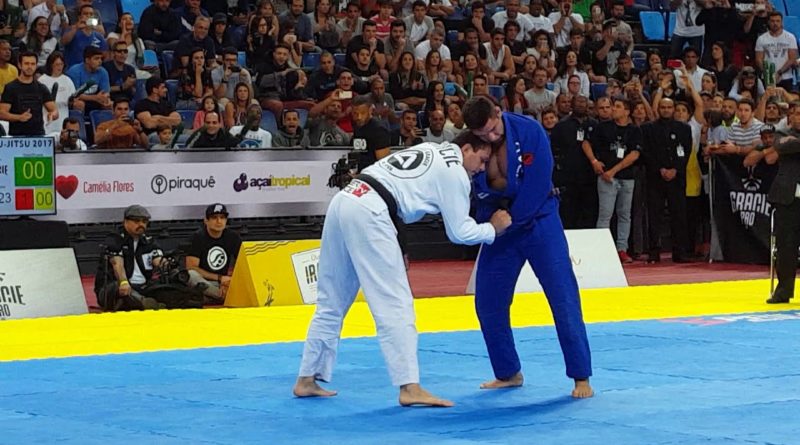 The Gracie Pro 2017 marked the second time that two of the greatest BJJ competitors of all time met on the mats, Roger Gracie and Marcus “Buchecha” Almeida. Their first meeting was back at the first ever Metamoris event, when Gracie and Almeida fought to a draw after a grueling twenty minute match.

In the five years between the two matches, Roger Gracie only fought one time at the UFC Expo in 2015 where he beat Rodrigo Comprido by Armbar. Buchecha on the other hand, was incredibly busy as he actually had seventy matches across those five years and only found himself not getting his hand raised on three of those occasions.

The build up to this match back in 2017 was phenomenal as Buchecha had gone on an incredible streak, beating the likes of Andre Galvao, Bernardo Faria, Roberto “Cyborg” Abreu, Dean Lister and Keenan Cornelius. This cemented Buchecha’s legacy as one of the best competitors of all time and while Roger Gracie had largely retired, his legacy was already secure thanks to him winning more IBJJF World Championships than any other fighter at the time.

The match itself was equally as draining on both competitors as the first time they fought. It was constant back and forth action with neither man managing to clearly dominate the fight, but once Gracie managed to take Buchecha’s back the match was over almost instantly. He secured the collar grip and finished the choke within a split-second of taking his back, displaying perfectly that at the highest levels, this really is a game of inches.