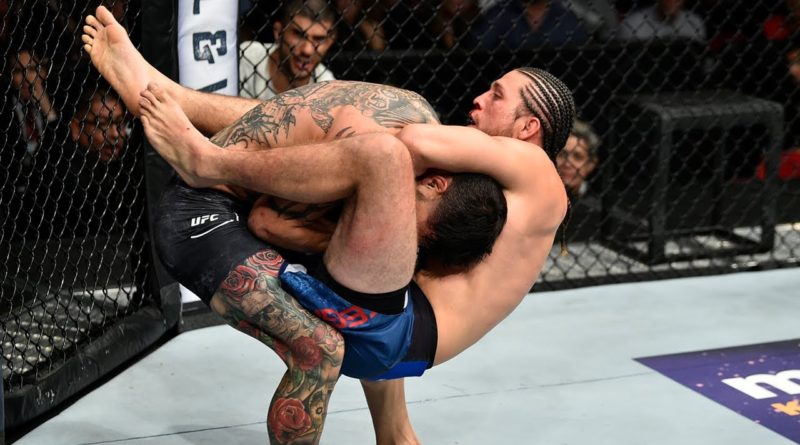 The Standing Guillotine is an incredibly common submission in both the UFC and MMA in general as it can commonly be used as a method of takedown defense. In many cases, just the threat of a Guillotine can be enough to deter the takedown attempt and make an opponent think twice about shooting again. The above video is a compilation of all of the best Standing Guillotine finishes in UFC history.

The first example is probably the most impressive of all of them and without doubt, a historic moment etched in all of our minds forever. I’m of course talking about the moment that Jon Jones choked Lyoto Machida unconscious at UFC 140 and proceeded to dump his lifeless body onto the floor once the referee called the fight. This was one of many times that Jones has pulled off a Guillotine finish and although he’s known for this submission specifically, he’s also shown us how good his all-round BJJ skills are many times. He also features later in the video with another finish over Jake O’Brien a few years earlier at UFC 110.

Next is the man who features on a number of these compilations and coincidentally, also has the most submissions in UFC history, Charles Oliveira. Then comes Brian Ortega’s slick submission victory over Cub Swanson where he announced his arrival into the upper echelon of the UFC Featherweight division. We also get to see the first Standing Guillotine finish in UFC history way back at UFC 6 and courtesy of the original submission wrestler, Ken Shamrock as he beat out Dan Severn.

For anyone looking to learn the Standing Guillotine, click here to learn from UFC veteran Nick Diaz.