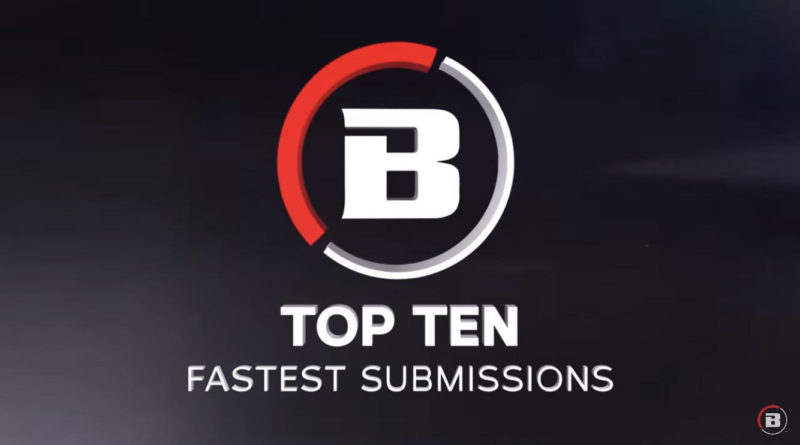 We all love a beautiful submission in MMA. From rear-naked chokes to armbars to heel hooks, nothing quite beats the application of pure Brazilian jiu-jitsu and submission grappling in an MMA fight. Bellator MMA has released a video compiling the ten fastest submissions in the promotion’s history, and it’s available for all of our viewing pleasure.

Aviv Gozali’s running Imanari roll into a heel hook in just 11 seconds takes the top spot. Gozali is a Brazilian jiu-jitsu specialist and undefeated in professional MMA with each of his five wins coming by way of first-round submission. Perhaps more impressive, Gozali secured a different submission in each win.

Fans of competitive grappling will likely recognize the name Aaron “Tex” Johnson, who makes an appearance on the list. The ADCC trials winner and IBJJF Pans no-gi champion holds the second-fastest submission Bellator history with a lightning-quick armbar on Brennan Ward.

Here are the 10 fastest submissions (with a few ties) in Bellator MMA history. Watch each one of them in the video below: