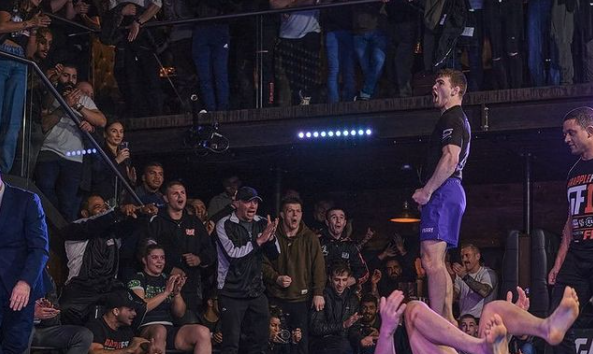 The final weekend of February was a busy one in grappling. From IBJJF action, to catch wrestling, to no-gi matches in the UK, there was plenty of elite competition taking place across the world.

Below are the major results from grappling’s biggest events of the weekend.

In the main event of Fight To Win 195, Lucas Pinheiro used expert pressure passing and control to earn a decision over Estevan Martinez. View the full recap, results, and video highlights here.

GrappleFest 11 featured many of Europe’s best grapplers taking on competitors out of Pedigo Submission Fighting (AKA Daisy Fresh). In the main event, no-gi world champion Dante Leon earned the GrappleFest 80 kg. title with a submission win over Mateusz Szczecinski.

And in what was perhaps the most compelling match of the event, Kendall Reusing secured a decision victory over WNO flyweight champion Ffion Davies.

Top Atos representative Andy Murasaki is one of the sport’s best gi competitors, and he showed why with a double gold performance at the Miami Open. Also of note — frequent no-gi competitor Junny Ocasio put on the gi to win gold in the black belt light-feather division. View the full results here.