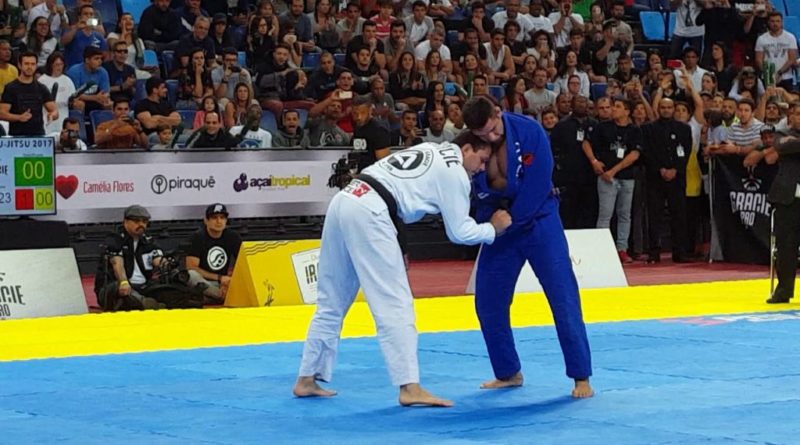 No matter when you start BJJ, No one has the same expectations. Some have trained something else before, like wrestling or Judo. There are those who are combat sports fans or have done their research ahead of time. And some have no idea what they’re walking into.

When I started jiu-jitsu, I came in knowing nothing about modern martial arts. I had never heard of the UFC, I had never even been in a school with a wrestling program. I just had some vague ideas about punching, side kicks, and judo trips. To me, martial arts were what you saw in a Jet Li movie.

When You Start BJJ From Zero

If you’re a traditional martial arts fan like I was and know nothing about modern martial arts and combat sports, then here’s what no one will have told you about jiu-jitsu:

You’re going to have to get used to uncomfortable physical contact. You’re going to get smothered and sweat on. After a while, this won’t bother you anymore. You’re going to be crushed and ground down as well. Over time, your pain tolerance will increase and you’ll ignore things that once would have made you tap.

Your skin itself will need to toughen up. At first your third knuckles will be rubbed raw from gripping the rough fabric of the gi. The tops of your feet on the toe-knuckle area will get it even worse from friction with the mat. Within a few months you will build callouses though, don’t worry about it.

You also might find bruises on your inner arms and legs. Those usually go away after a while as well. (Although I don’t know if this is because your skin toughens or because as you get better, you get bruised less.)

Transitioning From Another Sport

If you’ve trained in some (grappling) combat sport before, then you won’t be such a fish out of water. But Jiu-jitsu is kind of unique in the combat sports world. Here are some things you might not be expecting if you’ve trained a different martial art in the past.

Jiu-Jitsu is very technical and flowy. Which isn’t to say that wrestling and judo aren’t technical, or that competitive Jiu-jitsu isn’t aggressive. But in training, there is a huge emphasis on slowing down and understanding how to move your body correctly. There is also a huge cultural emphasis on not overusing strength or explosive force. This is both for safety reasons and because of the focus in Jiu-jitsu on different types of control.

So try to be less explosive, and try transition more. Pinning is a very good skill, but it isn’t the ultimate goal in jiu-jitsu. Once you have established control, try to do something with it, like advance the position or submit. Similarly, in defensive positions, don’t just lock down. There are no stand-ups, so try and escape bad positions and work your way back to good ones. Sure you’ll get submitted, but you’ll learn.

And most importantly, stop giving your back. Giving your back is far worse than being on your back, so try to get comfortable playing guard. Guard is perhaps the most uniquely jiu-jitsu position there is, so it will feel unfamilier. Even to MMA fighters: in BJJ the guard is not a transitional position, it is a position that you can use. Get used to hanging out there.

Jiu-jitsu is no longer an obscure sport. Public figures like Jocko Willink and Joe Rogan wax poetic about the myriad personal benefits to training. MMA is a semi-mainstream sport now, and everyone knows that BJJ is an important part of MMA, but that it is the part where you don’t get punched in the face.

Many people who don’t train already know what Jiu-jitsu is because they have done their research ahead of time. They’ve read all kinds of useful articles online and they know as much as you can know about the sport without actually training. Maybe you are one of those people, still doing research to get ready for your first class.

If you are, then I have a message for you. What they don’t tell you about BJJ is that you’re never going to be able to ready to start training. If you’ve never trained before, this will be a radically new experience for you. Reading about training or watching professionals fight is worlds away from getting in there yourself.

You just have to jump in. It’s going to be a shock no matter how much preparation you do ahead of time. So just show up, take your trial class, and see how you feel once you’ve actually done it.

Just keep showing up. I promise it gets better.