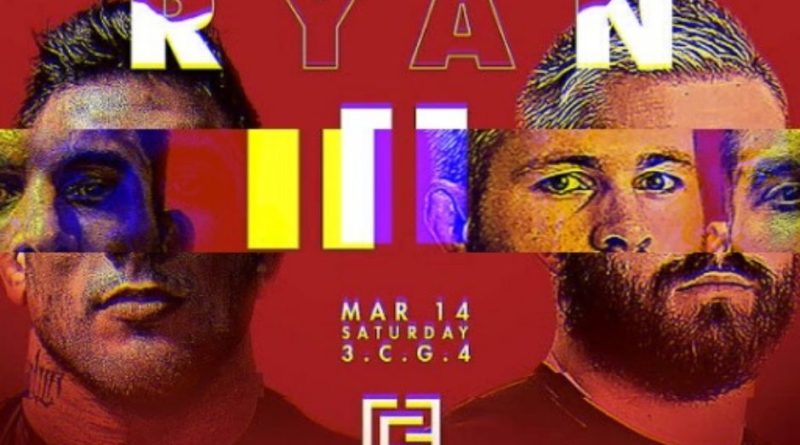 On paper, Third Coast Grappling is in the middle of great run for a young promotion. Exciting matches, headlined by the sport’s top athletes, and Third Coast hasn’t been shy about how much its stars are compensated. Athlete pay has become a talking point for Third Coast, who regularly boasts about six figure contracts for their premiere athletes such as Gordon Ryan.

But behind the scenes, Grappling Insider has learned that the promotion may be in serious financial trouble, causing many athletes to be wary.

Grappling Insider has spoken to three separate sources with knowledge on the promotion’s current predicament. All of the sources requested anonymity at this time. They paint a picture of a promotion struggling to maintain appearances to cover for cash flow problems.

Two weeks ago, Third Coast Grappling abruptly cancelled several matches from their upcoming event on March 14th, under the claim that the promotion was concerned about COVID19 (aka the Corona Virus) affecting both fans and athletes. At the time, US cases were barely above single digits. While the justification seemed at least plausible, Third Coast has since taken some steps that don’t add up, leading many to wonder if COVID19 was an excuse to drop several high profile, and expensive, athletes from the card.

For one, they continued to book local talent for the event. It’s not clear why local athletes would be any less of a health risk to themselves or attendees than out-of-state athletes. Texas has several confirmed COVID19 cases already, including several in Harris County, where the event is being held.

Third Coast stated that they were especially concerned about athletes that would be flying in to Texas. But on Monday, Third Coast announced a new fight for their March 14th card, which would feature Brazilian Sergio Benini traveling to the US. Brazil has over 600 suspected cases of COVID19 as of this writing. Third Coast stated that Benini was booked for the card because he was already in the area for the IBJJF Houston Open.

Third Coast President Ryan McGuire has cited other organizations, including now IBJJF cancelling events as validation. But the difference is that Third Coast isn’t cancelling their event, just changing the lineup to more local, and affordable, athletes. Knowing what we know now about COVID19’s incubation period, if concern over public health was truly the driving force, than cancelling the event entirely would be the only real solution.

But there is another explanation for these half measures: Third Coast is cutting athletes they cannot afford to pay.

It wouldn’t be the first time Third Coast made abrupt lineup changes under shaky reasoning. In October 2019, Third Coast also pulled one of their marquee athletes, Nick Rodriguez, from an upcoming card. Their official explanation seemed like a stretch: Rodriguez had previously competed for a rival promotion owned by someone accused of domestic violence. Third Coast positioned the withdraws as a ethical stand against domestic violence, despite Rodriguez having nothing to do with the personal lives of a rival promotion’s owner.

And those are just two examples. In fact, Third Coast has cancelled so many matches and events since last year, athletes seem to have lost patience. Just a small selection of recently cancelled matches by Third Coast Grappling includes:

The cancellations seem to have lead to a number of relationship breakdowns for Third Coast Grappling. Grappling Insider can confirm that a number of athletes scheduled to compete on the original card have privately stated that they will not compete for the promotion again and some have gone as far as to block Ryan McGuire and 3CG accounts on social media.

Athletes are understandably upset that they have spent time promoting this event over the last few months only to have their place on the card pulled. One athlete has sought to legal advice to see if there is case to sue the promotion.

Third Coast has a messy history with financial partners. Last summer, they attempted to launch their own streaming platform via their website, where they even took pre-orders for an upcoming pay-per-view. During this time, sources say Third Coast was actively courting new investors, especially ones that could do the heavy lifting of marketing and streaming. The effort appears to have failed, and Third Coast returned to it’s original streaming platform, FloGrappling, late in the year.

But Third Coast did manage to score a partial victory in the form of Mo Jassim, the organizer of ADCC 2019. Jassim reportedly funded the athlete purses for several matchups, but it’s not clear how many or for what athletes. This could explain why Third Coast was able to boast so many great matchups with high payouts: they weren’t funding them all.

As for why Jassim would actively fund a rival promotion, he apparently is every bit the grappling fanatic they say, and wanted to see great matches. Since ADCC will not take place until 2021, there were no conflicts of interest. Upon learning of the cancellation of the various March 14th matches, Mo Jassim worked behind the scenes to get the matches moved to a Fight2Win show, which just so happened to take place on the same day and state as the now gutted Third Coast show.

Jassim’s work will likely help many competitors put food on the table for March, but it’s also a signal that industry insiders do not seriously expect Third Coast to reschedule it’s March 14th bouts.

The next several weeks will tell us a great deal about the health of the organization. A major event for Third Coast is scheduled for May 23rd, headlined by Gordon Ryan and Kyle Boehm.

Grappling Insider spoke to Ryan McGuire about the current situation and he had this to say:

“That’s unfortunate that rumors are getting headway in the current climate we are in. People have their opinions on things but our decision was based on advice given to us from people close to the Covid-19 situation here in Houston and we made the move we did to ensure it didn’t happen during fight week and cause even more issues.

I initially planned to announce in Monday but went ahead last weekend to give us more time to decide what next moves are. Since then the whole city has begun to shutdown.

As far as the rumors about cash flow problems, that’s not an accurate rumor. This would have been our 8th event, we have paid out 300+k in fighter pay and everyone has gotten paid no matter what. There is no denying we have been trying to pass the hat around to fund some expansion plans we have for the future, but none of that was to fund an event we had already invested thousands into marketing and promoting. It was for equipment purchase, vehicle purchase/trailer and just to continue to grow as a business as we have shows in the works for both coasts and overseas.

Mo Jassim’s only involvement in 3CG was as a spectator last event and to fund three matches that we worked on together for this event before portions were cancelled. That’s it. Outside of that he has never been involved in the backing or support of 3CG in any other financial capacity. We appreciate the advice he has given us in the past and the generosity he showed in sponsoring those three matches and wish him well.

We don’t deny that we have had to get creative in the past with our pay outs and funding but we always have paid our athletes. The cancellations were a decision we made as a team and it was the right move. It wasn’t motivated financially. We are just two normal guys trying to do something cool for the sport. We both have taken hits financially since starting but we always have paid our athletes and tried to be as transparent about our struggles and triumphs as we can be.

Our current relationship with FloGrappling is great. They have supported us and backed us on this situation and still agreed to stream the event as is despite the changes. We have no plans to go anywhere else.

As far as the UK Show, this all depends on the current climate around Covid-19. I don’t want to fly overseas and then get quarantined on my way back. It’s a crazy time we are living in and things change day to day. As far as we are concerned the show is still on but its all dependent on how this situation continue to play out between now and then . . .We paid all travel expenses back, we paid portions of peoples fight camps. We have reached out to athletes to try and make sure they werent impacted too badly by it. We have done more than most would do. I still have a lot of respect for Mo and Seth [Daniels, F2W owner] and those guys but this whole situation has rolled out quite unfairly towards us. “